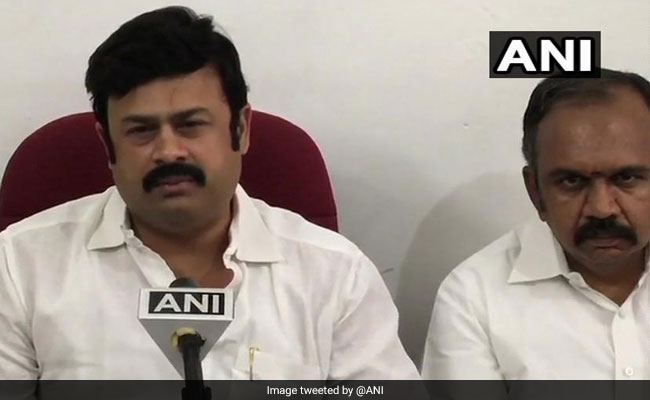 Mayura Jayakumar has denied any link with the key accused Thirunavukarasu.

He appeared before the CB-CID after it issued summons to him following a claim by Thirunavukarasu, among the four accused arrested in the case, that he was not in Pollachi on February 12, the day when the 19-year-old woman was subjected to harassment, and had visited the Congress leader in Coimbatore.

Mr Jayakumar told reporters he gave a written statement to the CB-CID explaining that he had no link with Thirunavukarasu.

While under four-day custody of CB-CID since Friday last, Thirunavukarasu had in his statement claimed he along with his father and some others from Pollachi had visited him (Mr Jayakumar) on February 12 and congratulated him over his elevation, Mr Jayakumar said.

The TNCC Working President said he was given the post on February 2 and since then a large number of party workers, supporters, public and businessmen had been visiting him to extend their wishes.

Thirunavukarasu and three others were arrested late last month in connection with the case which sent shock waves after a leaked video in which the woman was screaming and resisting her assailants went viral.

According to police, they four men had allegedly tried to strip the woman inside a car near Pollachi near, shot a video of the act and blackmailed her using the visuals.

There were also reports that the four had indulged in similar sexual harassment of several other women over the past seven years after befriending them.

The incident triggered outrage and assumed political overtones after a local AIADMK functionary allegedly assaulted the brother of the woman for lodging police complaint.

While the AIADMK promptly expelled the functionary, the state government first ordered a CB-CID probe and then shifted the case to the CBI.