For instance, the Manchester of South India, Coimbatore, will now be called "Koyampuththur", discarding its English spelling and incorporating two sets of "th" in it. 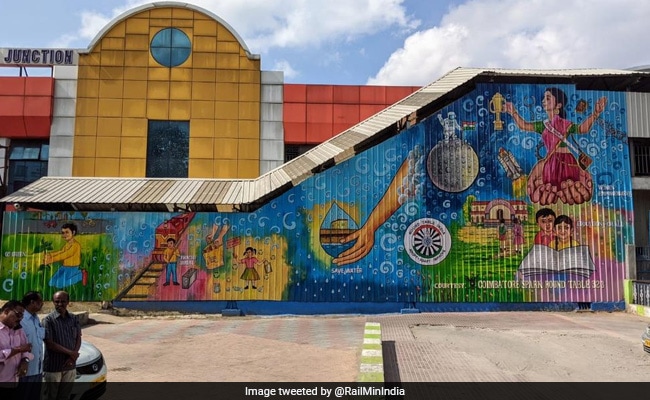 The Tamil Nadu government has issued an order changing the English spelling of 1018 places, so they would precisely reflect the Tamil pronunciation and spelling of such names.

For instance, the Manchester of South India, Coimbatore, will now be called "Koyampuththur", discarding its English spelling and incorporating two sets of "th" in it. Tuticorin to 'Thooththukkudi,' and Kolathur and Egmore, localities in Chennai city, has been changed to Kolaththoor and Ezhumboor, respectively.

Many of these English names had anglicised versions, originally coined by the British, while others had the influence of Sanskrit on them.

Famous temple towns of Srivilliputtur and Srirangam will now be known as "Thiruvillipuththur" and "Thiruvarangam", respectively.

The names reflecting the new English spelling were picked after a high-level expert committee considered the suggestions of District Collectors who had recommended a list of anglicised names that needed a Tamil makeover.

The impact of changing more than 1,000 names officially in government records will not only be expensive, but laborious too; spellings on signboards, public transports will be changed, corrections will be made on registration documentation etc.

The exercise comes as an added pressure at a time when the state's economy is already under tremendous stress due to the Corona Containment drive.

A senior retired bureaucrat, who did not want to be named, said, "You know government contracts, everything would now be double or three times the market rate. It would become a huge racket".

The decision to change the names and the timing of it amid the pandemic have bagged mixed responses.

Archana Dange, an educationist said, "Shouldn't the government have consulted us, people of Coimbatore, before changing names? Many of us would have preferred "Kovai". And why is this being done during this COVID crisis?".

Mahalakshmi C N, an entrepreneur, said "Coimbatore is such an internationally acclaimed name. They seem to be concerned about new contracts painting name boards and changing it everywhere".

Prathibha Kannan, an IT Professional says "I feel the government is deliberately trying to divert people during this crisis, so it can get away with it's COVID lapses".

Tamil Language Minister Ma Foi Pandiarajan - the brain behind the exercise - however said that "Only spelling change of popular and significant places would be taken up for now. Rest would be left to various local bodies and departments and they can take it up at their own pace".

Some new spellings have drawn criticism from the people for not matching to their Tamil phonetics. The minister said that such names like, Vellore, which became "Veeloor" will be corrected as "Veloor"

While English, many would say is a funny language with regard to spellings, Newton Raj, an English teacher said, "Now one has to deal with new 'Tonglish spelling' as Tamilnadu tries to shed it's colonial hangover".

Even though the state retains its English name - Tamil Nadu - the name of the state capital was changed to Chennai from Madras in 1996 during the then DMK regime.