He inaugurated flyovers and bridges in Dharmapuri, Coimbatore, Villupuram and Dindigul districts, constructed at an estimated Rs 93.50 crore. 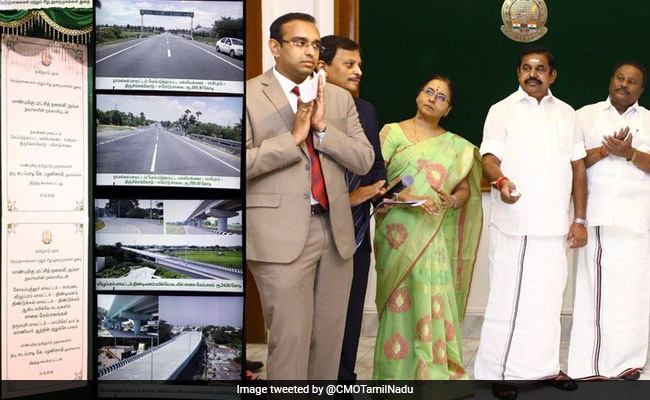 The chief minister, through video conferencing, inaugurated sub-stations established in various parts of the state like Theni, Erode and Ariyalur districts, an official release said.

The sub-stations were set up to address issues including transmission losses and meeting peak power demand in the respective areas, it said.

He inaugurated police stations, fire stations and accommodation for the uniformed personnel, all constructed at an estimated Rs 38.23 crore in different parts of the state, it said.

Mr Palaniswami also launched various initiatives in the Highways department, a portfolio held by him.

This included the Rs 295 crore upgraded Malliakarai-Rasipuram-Tiruchengode-Erode Road, it said.

He also inaugurated flyovers and bridges in Dharmapuri, Coimbatore, Villupuram and Dindigul districts, constructed at an estimated Rs 93.50 crore.