A statement from the ABVP confirms the issue over car parking but calls the CCTV footage tampered with. 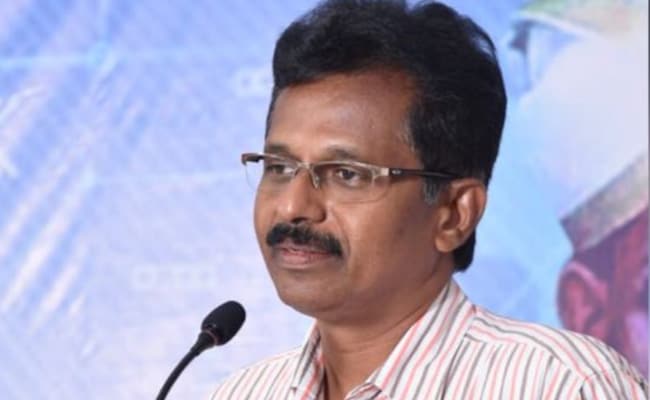 The national president of the Akhil Bharatiya Vidyarthi Parishad (ABVP), a student group linked to the BJP, has been charged for allegedly harassing a 52-year-old woman in Chennai.

The case was registered after the family of the woman alleged that the city police was not filing a First Information Report (FIR), triggering a controversy.

The woman's family says ABVP national president Dr Subbiah Shanmugam, who is her neighbour and the chief of Surgical Oncology at the Kilpauk Medical College Hospital and Government Hospital at Royapettah, urinated at the doorstep of the woman, threw used face masks and garbage, besides harassing her on the phone and breaking a signboard.

Narrating the alleged sequence of events, a family member told NDTV that trouble started at least four months ago when she asked Dr Shanmugam to pay for using her car parking slot at her apartment complex.

"He would call her and harass, asking if he can send her chicken, knowing well she's a vegetarian," a family member said.

In July, the alleged harassment took a new turn. "The government doctor urinated at her doorstep and threw used mask and other muck at her place. We have CCTV footage, but the police wouldn't register an FIR. They gave only a CSR (Community Service Register) receipt. Though we had given the complaint first seeking legal action for harassment, nuisance and under the Epidemic Act, the police waited for the doctor to give a complaint and falsely made ours a counter complaint," the woman's relative said.

Bala, a police officer at Chennai's Adambakkam police station, had earlier denied allegations of police inaction. "The woman did not want the FIR and did not want details made public. She has told us about a compromise being worked out," he said.

However, with the controversy drawing media attention, the police registered a harassment complaint against Dr Shanmugam. He has also been charged for violating quarantine rules and "causing mischief".

When NDTV attempted to reach out to him, initially Dr Shanmugam said he would call back but did not return the call. Later, he did not respond to fresh calls. A statement from the ABVP confirmed the issue over car parking but said the CCTV footage was tampered with.

She tweeted, "This has become a routine on the part of the police to turn a blind eye on complaints against right wing members. @CMOTamilNadu should immediately intervene and ensure all are treated equally before law."

The controversy has also drawn attention on social media with many raising questions whether action against Dr Shanmugam was delayed because of his political affiliations.