Police said a case was registered against Vairamuthu, 64, based on a complaint from a Hindu Munnani functionary. 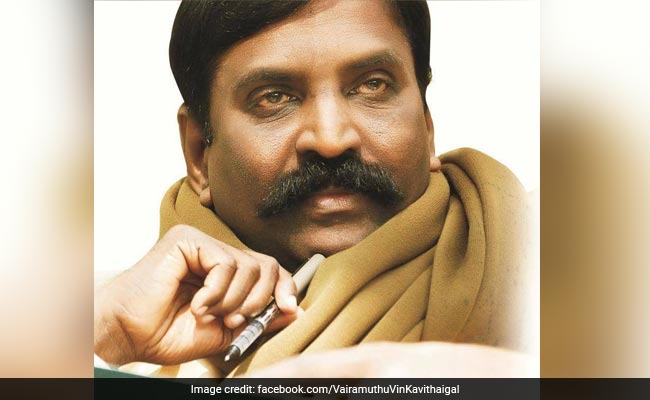 Rajapalayam/Coimbatore: A case was registered against popular Tamil film lyricist and poet Vairamuthu for his alleged remarks against a Hindu Goddess recently.

A row had erupted after the national award-winning lyricist had reportedly made the comments against Andal, a Hindu Goddess, at a function in Rajapalayam.

Police said a case was registered against Vairamuthu, 64, based on a complaint from a Hindu Munnani functionary.

The complainant, Suri, stated that devotees of Goddess Andal were hurt by the poet's remarks.

In Coimbatore a group led by Sadagopa Ramanuja Jeeyar of Manavala Maamuni Mutt, staged a demonstration near a temple demanding that Vairamuthu tender an apology.

Promoted
Listen to the latest songs, only on JioSaavn.com
They threatened to go on an indefinite fast if he did not do so by January 16.