Today's event comes a day after the Chief Minister unveiled a Rs 79-crore phoenix-shaped memorial along the Marina beach where the four-time Tamil Nadu Chief Minister J Jayalalithaa was buried. 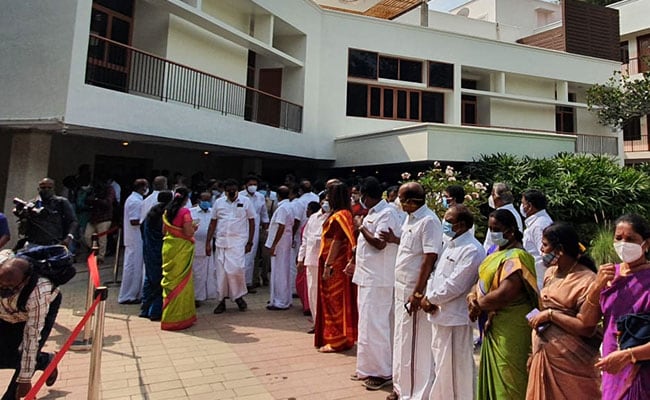 J Jayalalithaa's palatial home in Chennai's Poes Garden was converted into a memorial by the Tamil Nadu government today, a day after the release from jail of VK Sasikala, who lived in the house as the former Chief Minister's companion until her death in 2016.

"Veda Nilayam's" symbolic conversion into a memorial took place amid uncertainty over whether it will stand legal scrutiny.

In a ceremony devoid of fanfare, Chief Minister Edapaddi K Palaniswami inaugurated the memorial after the Madras High Court ordered that the house be closed to the public and only the main gates be opened as inventory work was pending.

The keys to the property were to be handed over to the court.

Stating clearly that the "government should have refrained from opening the memorial" the court made it clear that the rights of the legal heirs "can't be marginalised" and that today's event would not confer any right to the government.

The state government had argued that legal hairs were eligible only for compensation as they had never held possession of the property.

The memorial's launch comes a day after the Chief Minister inaugurated a 79-crore phoenix-like memorial along the Marina beach where Jayalalithaa was buried, on a day VK Sasikala, her closest aide, was released from a Bengaluru jail after a four-year term for corruption.

With the Tamil Nadu election due by May, the ruling AIADMK hopes these two memorials will count as major achievements by its cadre.