"Alliances Will Break Up, Come Together": Kamal Haasan On Tamil Nadu Polls 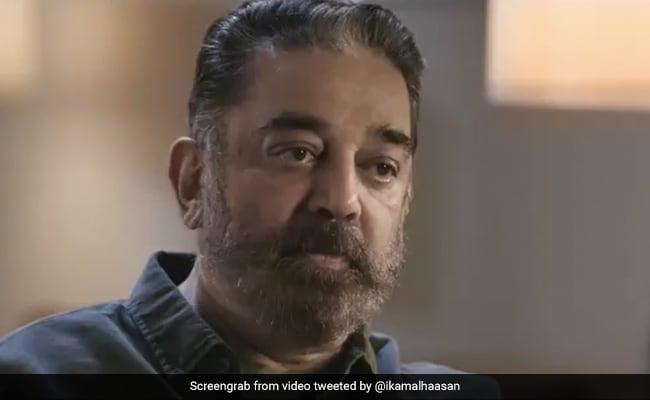 Tamil Nadu election: Kamal Haasan said it's too early to say anything on alliances

Makkal Needhi Maiam chief Kamal Haasan on Sunday hinted at realignment of political alliances in Tamil Nadu ahead of the assembly election next year, while not ruling out a possible tie-up with actor Rajinikanth, who is set to launch his party soon.

"Alliances will break up and alliances will come together," the actor-turned politician told reporters in Madurai, where he launched his party's campaign for the election likely to be held in April-May.

Mr Haasan was replying to a question if there was a possibility of his party making a deal with the to-be launched outfit of Rajinikanth. "Nothing more could be spelt out on alliances," he added.

To a question on putting an MNM-led third front in place, Mr Haasan said it was not possible to tell when that would happen.

In his brief address, Mr Haasan assured the crowd of designating Madurai as the second capital of Tamil Nadu if his party is voted to power. In a question and answer session that followed, he expressed confidence of eliminating corruption with the support of people.

To another question, Mr Haasan said enforcing prohibition in Tamil Nadu was not feasible. His stand was that the government should not be involved in liquor business, the way it focused on key sectors like education and health. If MNM is voted to power, liquor vends would be privatised and the government will confine itself to priority areas including education and jobs, Mr Haasan said.

History showed that the idea of complete prohibition had led to illegal liquor, he said. "We should not sow seeds for illegal liquor by claiming to do away with alcoholic beverages," Mr Haasan said.

Mr Haasan's party contested its first election in the 2019 Lok Sabha polls, fielding candidates in 38 constituencies in the state, but failed to win any seat, polling only 3.77 per cent votes.