Radha Ravi returned to the ruling party's fold two years after he joined the DMK and slammed the opposition party's decision to suspend him in March this year. 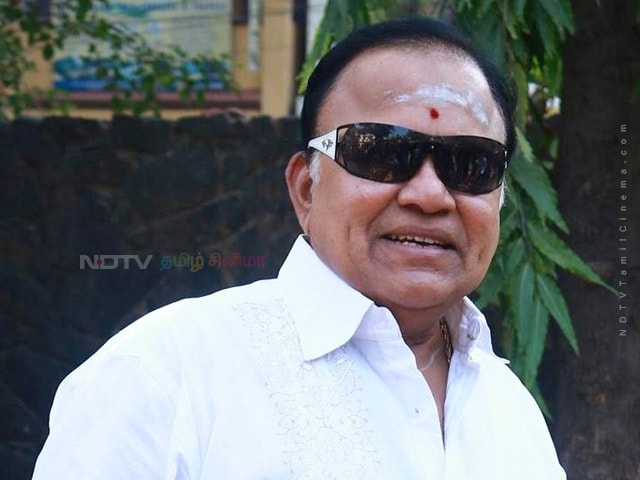 Radha Ravi is the son of late actor MR Radha, who allegedly shot at and injured MG Ramachandran (File)

Well-known actor Radha Ravi, who was suspended from the DMK earlier this year over his alleged misogynistic remarks about a popular south Indian actress, joined the AIADMK on Wednesday.

He returned to the ruling party's fold two years after he joined the DMK and slammed the opposition party's decision to suspend him in March this year.

The actor-politician joined the AIADMK after calling on Chief Minister K Palaniswami at his official residence, a party release said.

Radha Ravi is the son of the late actor MR Radha, who allegedly shot at and injured AIADMK founder and the late chief minister MG Ramachandran, a yesteryear matinee idol, in 1967.

Radha Ravi had courted controversy in March this year after a video purportedly showing him making misogynistic remarks about actress Nayanthara went viral.

The remarks drew condemnation from various quarters, prompting the DMK to suspend him.

DMK president MK Stalin had said that his party would not tolerate such indiscipline.

Besides Nayanthara herself, celebrities like Kamal Haasan and Taapsee Pannu had also criticised Radha Ravi's remarks.

Radha Ravi had later expressed regret for his comments.

He was elected an assembly lawmaker on an AIADMK ticket in a 2002 bypoll.

Speaking to reporters later, Radha Ravi said he had made no ''demeaning'' remarks about Nayanthara and wondered why he was not issued a showcause notice before being suspended.

"When such action is taken, they should send show cause notice to me, but they didn't," he said adding, Mr Stalin could have sought an explanation from him in person over the incident.

He said he was not sure if the action was fair or not and recalled he had even expressed regret.

The decision to join AIADMK was taken "two days ago," he said adding it was a "mistake" on the part of DMK to have suspended him.

Radha Ravi said it was his father Mr Radha who had given the title ''Kalaignar'' (artiste) to the late DMK president M Karunanidhi.

To a question on the issue of voices from within AIADMK against the "dual leadership" of Mr Palaniswami and his deputy O Panneerselvam, who is the party Coordinator, Radha Ravi said such a system was found only in the DMK.

However, he said it was upto the scribes to find out who the other leader was in such a ''dual leadership'' in the party.