Jeyaraj, 59, and his son Beniks, 31, were arrested on June 19 for keeping their mobile phone shop open 15 minutes beyond permitted hours 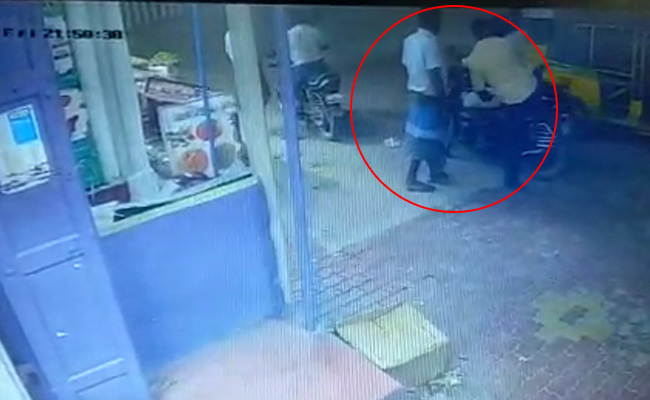 Jeyaraj, 59, and his son Beniks, 31, were arrested for keeping their shop open

Nine policemen have been named in a chargesheet filed by the CBI in a case of alleged custodial death in Tamil Nadu's Tuticorin. In the case that was widely condemned for alleged police brutality, Jeyaraj and his son Beniks were allegedly tortured by the Sattankulam police on the night of 19 June, before they died in a hospital.

Jeyaraj, 59, and his son Beniks, 31, were arrested on June 19 for keeping their mobile phone shop open 15 minutes beyond permitted hours. The police claimed the two had fought, showered verbal abuses and rolled around on the street while resisting arrest.

The two men were allegedly subjected to brutal torture in police custody. Their family alleged they had severe internal and external wounds.

After nationwide outrage and demands for action against the policemen involved, Chief Minister E Palaniswami had handed the case over to the Central Bureau of Investigation.

The incident triggered a furore in Tamil Nadu and snowballed into a major political row, involving calls for law enforcement reform. Tamil Nadu's opposition DMK targeted the AIADMK government, accusing it of allowing policemen to take "law into their own hands".

Actor-politician Kamal Haasan had lashed out at Mr Palaniswami and his government, labelling them "prime accused" in the deaths.

A few years ago, the police in Tuticorin came under scrutiny over firing that killed 13 anti-Sterlite protestors.