Actor-turned-politician, Kamal Haasan, had first flagged the issue. In a statement he said, "more than 60 women from Pollachi in Coimbatore" are being sexually abused 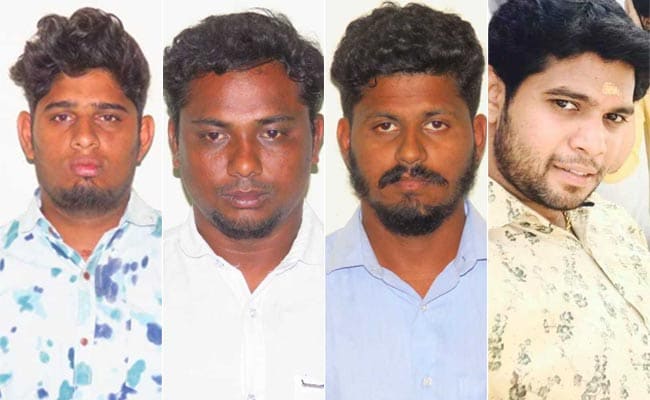 Eight men were arrested in Tamil Nadu's Coimbatore today for allegedly sexually harassing women in their twenties. The men have been regularly targeting women for the last seven years the police told NDTV.

Actor-turned-politician, Kamal Haasan, who had first flagged the issue, in a statement said, "More than 60 women from Pollachi in Coimbatore, have been blackmailed and tortured by a group of men. Makkal Needhi Maiam (MNM) strongly condemns this. MNM urges the police to take swift action."

The police cracked down on the gang and seized a video that showed a group of men molesting a young woman, pleading to let her go. Only one of the women, who was allegedly abused, filed a complaint, said the police.

Mostly college students, the women were first sent messages on social media, and later invited for dinners and long drives. The accused would "first win their confidence" and later sexually abuse them, said the police.

One among the eight accused has been identified as Thirunavukarasu, named by a complainant.

Four of the accused have been charged with sexual abuse and intimidation. "We are contemplating of slapping Goonda Act on the other four," said the police.

Goonda Act is a section of law that is slapped on members of underworld gangs involved in organized crime.

DMK chief MK Stalin hit out at the Tamil Nadu government, alleging that the perpetrators are "being protected" by the ruling AIADMK. "There is no safety for women under AIADMK rule. There must be a probe into the molestation cases and the identity of the complainant must be protected," Mr Stalin said.

Meanwhile, the ruling AIADMK expelled a party worker in Pollachi amid allegations of sexual violence against students. A statement signed by Deputy Chief Minister O Panneerselvam and Chief Minister EK Palaniswami in their capacities as Chief Coordinator and Joint Coordinator respectively says, "A Nagaraj brought disrepute to party".

AIADMK leader Pollachi Jayaraman told NDTV, "We've expelled him as his name was linked to the offence. This is an attempt by the DMK to tarnish my image ahead of elections. My son and I only first asked the police to probe this issue ".

District Superintendent of Police R Pandiarajan, however, gave a clean chit to the ruling party saying, "No AIADMK functionary or their ward is involved in this."