Why Sania will live in Dubai 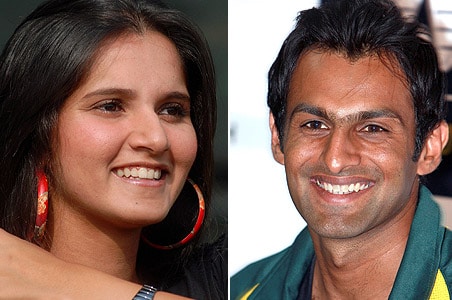 Karachi: Security concerns and the blow hot blow cold diplomatic ties between India and Pakistan are the reasons why Sania Mirza and Shoaib Malik have decided to shift base to Dubai after they get married next month.

A source close to Malik has revealed that the two families met in Dubai where Sania's family made it clear that the she would not settle in Pakistan after marriage.

"Sania's family made it clear that she would not settle down permanently in Pakistan, one due to the security situation in the country and secondly because of the blow hot and cold relations between the two neighbouring countries," the source said.

"Sania made it clear that she was not interested in setting up home in Lahore because of the security issues involved in staying there and both families opted that the couple set up home in Dubai," he added.

He said that Malik had won an apartment in Dubai after a Twenty20 tournament held in Canada in late 2008 which was sponsored by a well known builder of the emirates.

"Malik by virtue of being the owner of the apartment has a residency permit for Dubai and he has now handed over his flat to Sania and it is being refurbished and decorated for the couple after they get married in April," the source said.

The source said both families agreed that Dubai was the best place for them to stay as it was not very far from Lahore and was just a three hours flight from Hyderabad.

"Dubai will also allow both of them to pursue their sporting careers without any hinderance or having to stay apart for long periods," the source confirmed.

According to Malik's family sources, both of them spent a lot of time together in Hobart when Pakistan were touring Australia for a cricket series while Sania was there for a WTA tournament.

"Sania took out time and came regularly to the ground to watch the match," one Pakistani player also confirmed.

"There has been no formal engagement ceremony between the two, their marriage was only finalised in late February when their families met up in Dubai during a Twenty20 series that Pakistan was playing against England in Dubai," one family source told PTI.
Promoted
Listen to the latest songs, only on JioSaavn.com