Vidya Rani has been appointed as the vice-president of the state youth wing, BJP announced in a statement. 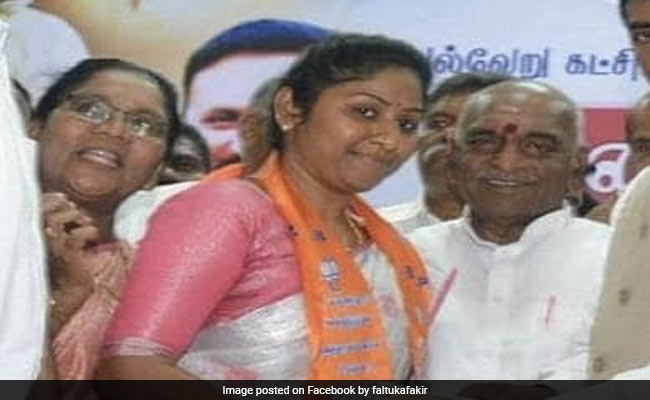 Ms Rani, who joined BJP in February this year, has been appointed as the vice-president of the state youth wing, the party announced in a statement.

The appointments are part of the initiative of BJP state president L Murugan, who assumed charge of the post in March this year, to revamp the party in Tamil Nadu, where elections are due next year.

A dreaded bandit, who operated in the forest areas in the Tamil Nadu-Karnataka border and once kidnapped Kannada thespian Rajkumar, Veerappan was gunned down by the state police's Special Task Force in 2004.

AIADMK founder MG Ramachandran's adopted daughter Geetha and grandson of MC Chakrapani R Praveen, who joined the BJP in 2017, and actor Radha Ravi have been made members of the party's state executive committee.

The party also got more star power with L Murugan announcing the appointment of actor Vijayakumar and directors Gangai Amaran and Kasthuri Raja as special organisers in the state executive committee.

Kasthuri Raja is the father of actor Dhanush, son-inlaw of superstar Rajinikanth.

Music Director Dhina and director Perarasu are secretaries of art and culture cell, while actor RK Suresh is the new vice president of state OBC cell.