Use IT in Judiciary for Speedy Justice: Madras High Court 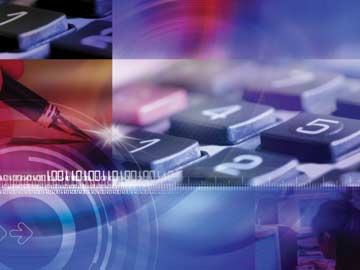 Chennai: Stressing the need to use Information and Technology in the Judiciary for speedy justice, the Madras High Court today directed a subordinate court to dispose off appeals in two cases in a month.

Justice S Vimala observed that despite a lapse of one and half decades, subordinate courts through a centrally sponsored scheme envisaged in 1977,were sought to be computerised. Though equipment was purchased and some software sent to all courts by NIC,there was no computerisation of documents. E-filing was introduced in some states but e-filing in complete shape was not done in the Tamil Nadu Judiciary.

Finding fault with a subordinate Court which kept appeals on a civil matter pending from Feb 4 2009 for want of records from the III Additional Sub Court to the District Court in the same campus, the judge said a perusal of the docket entry showed that from 2008/2009 till Mar 16 2014, the appeal was adjourned on the sole ground that records were awaited.

Of 89 entries, only two to three read "Judge on transfer," "Judge on Leave" and Judge on duty". Excepting this, all other entries read 'Await Records'.


She observed there could have been no scope for calling for records had there been computerisation at the level of Subordinate Courts.

Promoted
Listen to the latest songs, only on JioSaavn.com
The judge also observed that the appellate court was not justified in calling for records without deciding whether it would be necessary at all to call for it and it was totally improper to have waited for the receipt of the records.

She then directed the Sub Court, Coimbatore, to send the records immediately, if not already done and for the District Judge to dispose of the appeal, within one month from date of receipt of a copy of the order. She also directed in the two cases appeals may be heard jointly and dispose it.