More 'Coconut Parks' in all states needed: Board 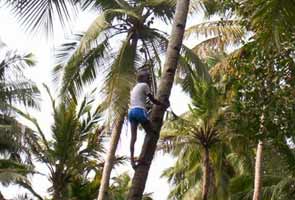 Kochi: The Coconut Development Board (CDB) has stressed on the need to encourage and promote more "coconut parks" in all major coconut producing districts in all states.

In Kerala, the Kerala Infrastructure Development Authority (KINFRA) and Kerala State Industrial Development Corporation (KSIDC) have initiated preliminary steps in this regard, according to CDB Chairman TK Jose.

KSIDC has already taken possession of about 135 acres of land at Kuttiyadi in Kozhikode district for a 'Kera Park' and hopes to complete the process this year itself, Mr Jose said.

Promoted
Listen to the latest songs, only on JioSaavn.com
The Kerala Government has declared three coconut Bio Parks in the state during 2012-13, and such models can be followed by other states as well, he said.

"We Will Get Approval": Karnataka Chief Minister On Mekedatu Dam Project