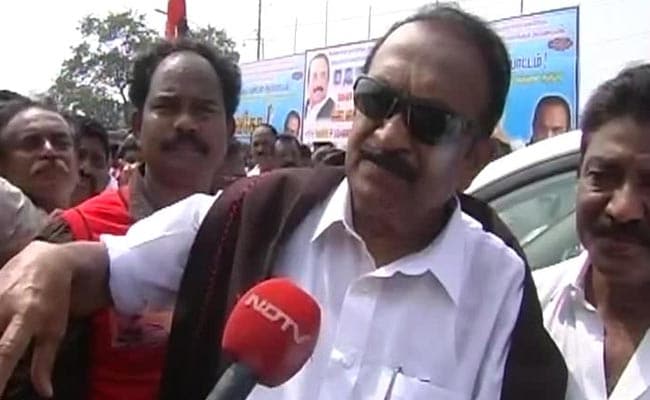 Apprehending threat to Idukki district in neighbouring Kerala from the proposed Neutrino Observatory in Theni in Tamil Nadu, MDMK founder Vaiko today asked the state government and people to oppose it.

Mr Vaiko submitted a memorandum to Kerala Chief Minister Oommen Chandy in this regard at Kochi airport.

He pointed that the Narendra Modi Government had allocated Rs 1,500 crore for the project though Tamil Nadu Pollution Control Board was yet to give its green signal.

"The Neutrino project will greatly affect the Idukki Dam and 12,000 other check dams in district besides Mullaiperiyar reservoir and the Western Ghats. They have planned to fill nuclear waste at the observatory mines," he alleged.

The Kerala Government and its people should therefore oppose it, a release from MDMK quoting the memorandum said.

Mr Vaiko, who has moved the Madras High Court against the project, will also meet Achuthananthan on this issue.