Chief Minister BS Yeddyurappa said he will go to New Delhi next week and request for the release of relief funds. 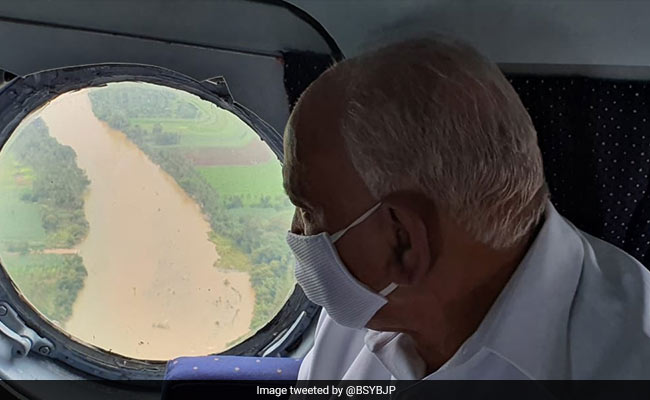 Karnataka Chief Minister BS Yediyurappa on Tuesday held a meeting with Karnataka District in-charge ministers of Bagalkot, Vijaypura and Gadag districts to take stock of the damage caused by heavy rainfall in the region.

A meeting of all the legislators will be convened soon and plans will be made to provide adequate relief for the damage done. All information will be sent to the Centre. Chief Minister BS Yeddyurappa said he will go to New Delhi next week and request for the release of relief funds.

He was speaking at a meeting of elected representatives and senior officials of Dharwad and Belgaum districts at the Sambra airport, Belagavi today.

Legislators must work within their constituencies to respond to people's problems, he said. He instructed officials to undertake emergency work under the NDRF.

He instructed the district authorities to immediately send information on the damage and necessary grants to the district.

As of now, Rs 412 crore is available for flood management and other emergency work in the state's Belgaum district. More money will be released immediately, if needed. Rs 174 crore is for the construction of houses in the district. Rs 488 crore has been released to 44,156 beneficiaries who lost their homes.

The chief minister said that the Belgaum-Dharwad issues have been identified and action will be taken to provide housing and crop relief based on the economic condition of the state amid the coronavirus pandemic.