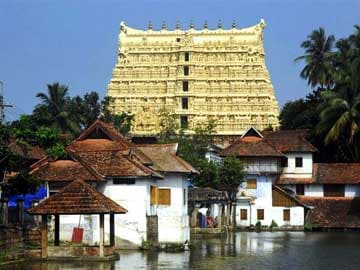 Acting on the order of the SupremeCourt, Additional District and Sessions Judge K P Indira has taken over as chairpersonof the new administrative committee of the Sree Padmanabhaswamy Temple.

The apex court had on Thursday ordered that the grand temple,controlled by the Travancore Royal family for centuries, be brought under theadministration of a five-member panel headed by the District Judge.

Since the district judge here is a non-Hindu, the charge washanded over to the Additional District Judge as the immediate junior judicialofficer as such an option had been suggested by the apex court.

Ms Indira took over as the chairperson of the new administrativecommittee last evening.

The judge will act as the head of the panel which would consistof the temple 'tantri' (traditional high priest), 'nambi' (chief priest) andtwo other members to be nominated in consultation with the state government andthe royal family.

The court had appointed senior IAS office K N Satheesh as executiveofficer of the temple. Mr Satheesh is now on election duty in Andhra Prdesh.

The interim order was issued after considering the report ofthe amicus curiae Gopal Subaranaim in the case, whose report brought outalleged irregularities in the management of the temple, whose vaults containimmense wealth.

The court had also appointed former Comptroller and AuditorGeneral Vinod Rai to head an expert team for undertaking an audit of the templewealth.