The warning was sounded at an in-house note prepared by the ruling party in connection with the inauguration of the upcoming party conventions in the state. 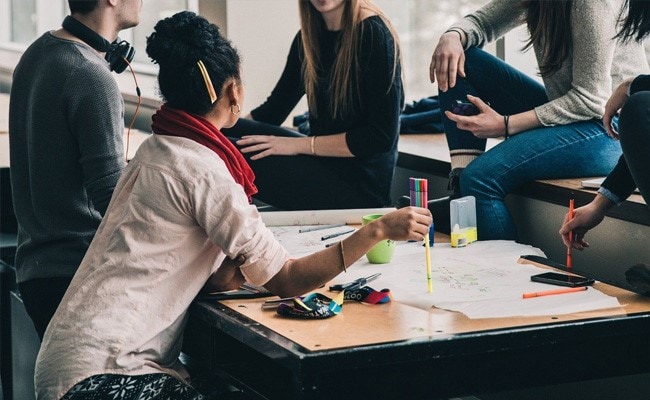 Attempts are being made to lure youth into communalism, CPM said (Representational)

At a time when Kerala is witnessing a raging debate on religious extremism and concerns about the radicalisation of youth, the ruling CPI(M) in the state has cautioned against the deliberate attempt by a section to lure educated women studying in professional colleges to the path of communalism and terrorism.

Stating that extremist forces were infiltrating mainstream Muslim outfits and trying to create issues in the state, it also said the actions of Sangh Parivar forces had instilled a sense of insecurity among the minority groups.

The party also asked its cadres to be vigilant about the issues.

The significant remarks were made at an in-house note prepared by the ruling party in connection with the inauguration of the upcoming party conventions in the state.

Under the sub-title "Minority Communalism", the note said it should be viewed seriously that even debates, supporting terrorist outfits like the Taliban, denounced by the democratic world and majority in the Muslim community, were happening in the state.

"Deliberate attempts are being made to lure youth into communalism and extremist ideologies. Conscious efforts are on to make educated young women in professional colleges think that way. Both the student union and youth organisation (of CPI-M) should pay special attention to the issue," it said.

Though the Christians in the state generally do not comply with the communal ideologies, the radical influence growing among a small section in the community in recent times should be viewed seriously, it noted.

Deliberate attempts were being made to turn the Christian community against the Muslims in the state, the party note said, adding that such moves would help the majority communalism to thrive in the state.

However, the opposition Congress urged the CPI(M) to show proof for the allegation as it was a "serious" charge raised by the party which rules the state.

"The CPI(M) leadership should reveal whether any cases had been registered in this regard or whether they have any data to prove their charges. The party and its government have the moral responsibility to reveal them," Congress MLA VD Satheesan told reporters.

Attacking the ruling party over the issue, the BJP accused it of allegedly turning the state into a "fertile soil" for extremist forces.

"The extremist forces would not have gained a foothold in the state if they (the ruling party) had reacted strongly against them. What sincerity do they have to say now that vigil should be stepped up against terrorism?" BJP veteran Kummanam Rajasekharan asked.

The in-house note of the CPI(M) assumes significance in the wake of ongoing debates over the recent "narcotic and love jihad" remark by Pala Bishop Joseph Kallarangatt, which was widely criticised by various political parties including the ruling party.

The CPI(M) and the opposition Congress had objected to the controversial remark, while the BJP came out supporting the Catholic Bishop saying that "love and narcotic jihad" is a reality.

The Bishop had recently said that Christian girls are falling prey to the alleged love and narcotic jihad in Kerala and in places where arms can't be used, extremists are using such methods to destroy the youth.