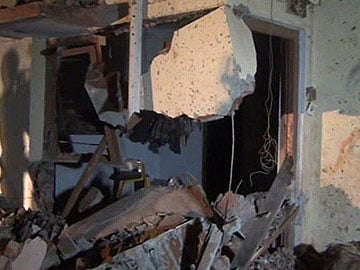 Idinthakarai: Anti-nuclear activist S P Uthayakumar has been booked for the explosion last night near the Kudankulam nuclear power plant, in which six people, including two children, were killed.

The police say the blasts took place at the Tsunami Colony in Idinthakarai village, inside a house where bombs were being assembled. Two houses were badly damaged.

Two live bombs were also recovered from the spot.

Locals say the house where the bombs exploded was occupied by people who moved from a  neighbouring village following a row over beach sand mining.

The police suspect that some of those who were killed were activists of the People's Movement Against Nuclear Energy, the group that has spearheaded the movement against the nuclear plant at Kudankulam.

Promoted
Listen to the latest songs, only on JioSaavn.com
The village Idinthakarai has witnessed massive protests over the last two years against the nuclear plant. The Supreme Court had ordered that cases against the protesters be withdrawn, but the Tamil Nadu Government says the situation is not conducive to letting them go.

Some villages in this region are notorious for making crude bombs to target rival groups during clashes. Last month, a minor boy was arrested for possession of around 25 country-made bombs at the neighbouring village of Koothankuzhi.