The Other Greens In Your Bagged Lettuce - Frogs, Snakes And Lizards

Over the past year, consumers spent $4.7 billion on prepackaged salads, according to Nielsen. 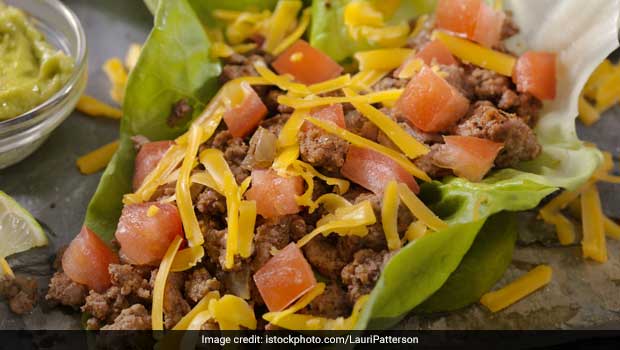 Prepackaged green vegetables are one of the fastest-growing segments of the fresh-produce industry in US.

Forget "waiter, there's a fly in my soup."

Flies are not the problem. Nor is soup.

The first review by scientists of wild animals found by customers in prepackaged produce makes clear that frogs are the trouble, and bagged lettuce and spinach are, by and large, their preferred medium.

While 21 of the 40 reported incursions under review involved amphibians, it is also the unfortunate case that rodents, snakes, lizards, birds and even a bat found their way into bagged lettuces, spinach and cut green beans (snakes, evidently, are partial to the latter).

Also, not all of these interlopers were deceased: According to the review by four animal science researchers, published recently in the journal Science of the Total Environment, eight frogs, a toad and a lizard were found alive in bagged greens.

Only 27.5% of the intruders reported were found in organic produce. The majority, 72.5%, were found in conventionally grown crops, flouting the notion that pesticides, herbicides and fungicides at least keep our food free of creatures.

The researchers acknowledge that their methodology - they combed through online media reports of customers finding animals in their produce - means the study won't be comprehensive. Still, this is probably as good a look at the problem as we'll get; companies aren't transparent about incidents like this, largely because they don't have to be, the researchers write.

Prepackaged leafy green vegetables are one of the fastest-growing segments of the fresh-produce industry in the U.S. Bagged salads came to the market in the late 1980s and, according to the Produce Marketing Association, were commonplace by the mid-1990s.

Daniel Hughes, a herpetologist at the University of Illinois at Urbana-Champaign and a co-author of the study, says the researchers are hoping to help farms develop strategies for keeping frogs and other small wildlife out of fields.

"Because we didn't have good data on how often these situations occurred, if we implement these cool new technologies how do we convince industry that we fixed a problem?" he says.

Wildlife ventures into farm territory are becoming more common because of the large-scale annexation of natural habitats to cultivable agricultural lands.

Then there's processing and bagging of produce at the farm - a heat-sealed bag is nearly inescapable even for the most motivated creature. When leafy greens were largely transported in cardboard cartons, a stowaway could make a stealthy escape.

Some of this is preventable, Hughes says. Because frogs are moisture-seeking and crops have more moisture at night, Hughes and team suggest day harvesting to avoid scooping up critters.

The researchers are also prototyping new rough-surfaced fencing that's harder for amphibians to climb, as well as acoustic devices that broadcast a playback of male frog vocalizations to lure the females, Barry White-style, out of agricultural fields and to safer places.

Jaydee Hanson, policy director at the Center for Food Safety, says bagged produce is more problematic than produce that is sold loose, and not just because of tree frogs.

He says triple-washed bagged produce arose as two-earner households became more prevalent and convenience became central to the American diet. Also, he says, leafy greens in the winter are grown in the Southwest, Mexico and Florida, and it's easier to transport them around the country if they are already bagged.

"The odds of a bat, mouse or snake being in your lettuce package are still pretty small, but the odds of a pathogen in the soil that they were raised on are rather high," he says.

Produce accounted for 30 to 60 food-borne illness outbreaks a year between 1998 and 2016, according to recent data from the Centers for Disease Control and Prevention. Leafy greens such as romaine and spinach were responsible for 20% to 40% of those outbreaks.

Hanson says even with triple-washed bagged produce, it's good practice to wash it at home. And in the event that your produce contains unintended animal protein? It's time to order a pizza.