A Japanese scientific team has found that frog calls help avoid so-called packet collisions, a data communication failure in smartphones and other devices. 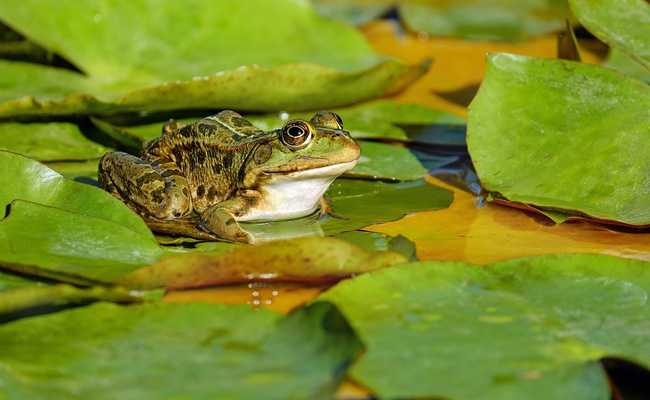 Scientists have found that frogs' singing can be likened to the transmissions of wireless communication.

Regularities seen in the calls of frogs can be used to improve radio communications systems, according to the findings of a Japanese scientific team led by Ikkyu Aihara, an assistant professor at the University of Tsukuba.

The findings were released in the British science journal "Royal Society Open Science" issued Wednesday. The mechanism of the behavior is expected to help avoid so-called packet collisions, a data communication failure in smartphones and other devices, and could eventually contribute to energy savings.

Packet collisions occur when multiple devices simultaneously emit radio waves that interfere with each other, preventing the sending and receiving of data. The reduction of such collisions is key to improving telecommunication technology.

According to the team's announcement, the researchers recorded and analyzed the sounds of three Japanese tree frogs. They found that a group of frogs delays, or "trolls," the timing of their calls so as not to interfere with each other, and the group overall regularly switches between calling together and resting together.

Aihara, who specializes in mathematical biology, noticed the state of frogs' singing can be likened to the transmissions of wireless communication equipment, and re-created the patterns of their trolling in mathematical formulas. The team used a computer to install the formulas into 100 devices and had them correspond with each other in a simulation.

Devices set next to each other began delaying the timing of their transmissions and avoiding packet collisions, just like the frogs' trolling. Furthermore, the mechanism of calling in chorus, involving the repetition of simultaneous transmissions and rests, was seen among the devices as a whole. The team also found that the mechanism helped reduce power consumption.

"The sudden increase in IoT [internet of things] devices will cause packet collisions and massive power consumption," said Keio University Prof. Satoshi Kurihara, who specializes in complex network science. "Many of the mechanisms possessed by living creatures are efficient, and can be useful for developing equipment that is inexpensive and has better energy-saving performance."

(Except for the headline, this story has not been edited by NDTV staff and is published from a syndicated feed.)
Comments
frogsfrog soundsfrog calls