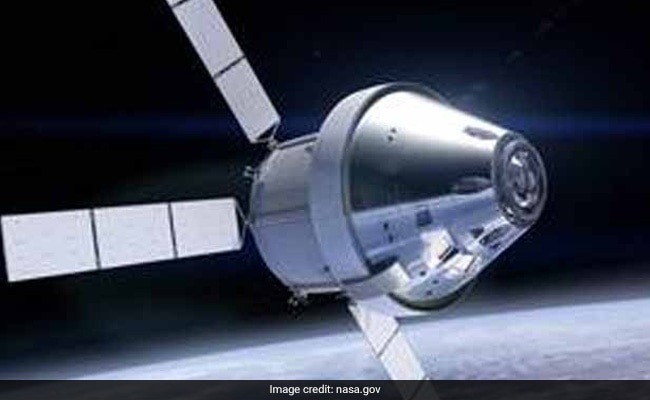 The Orion will carry astronauts to the Moon and beyond as a part of the Artemis missions.

National Aeronautics and Space Administration (NASA) will air live its series of impact tests on the crew capsule of its Orion spacecraft to check how it responds to splashing into water, the space agency has said.

The Orion will carry astronauts to the Moon and beyond as a part of the Artemis missions.

The test is scheduled to take place at NASA's Langley Research Center's Landing and Impact Research Facility at Hampton in Virginia on April 6.

Viewers can watch the livestreamed event on the NASA TV, its website and the NASA app from 1:45 pm EDT or at 11: 15 am Indian Standard Time.

In an official statement, NASA said its engineers are preparing to drop a 14,000-pound test version of the Orion spacecraft into the Hydro Impact Basin, a huge reservoir that measures 115 feet long and 90 feet wide and is filled with 1 million gallons of water, at the Hampton research facility.

"The test will air live on NASA Television, the NASA app and the agency's website, and will Livestream on multiple agency social media platforms, including the Facebook channels for Orion and Langley," a statement read.

This series of drop tests began March 23 to finalize computer models for loads and structures prior to the Artemis II flight test, NASAs first mission with crew aboard Orion.

Artemis II will carry astronauts around the Moon and back, paving the way to land the first woman and next man on the lunar surface and establish a sustainable presence at the Moon under the Artemis program, the statement read.

The current test series builds on previous tests and uses a configuration of the crew module based on the spacecraft's final design.

The water impact tests of the Orion structural test article are part of the formal qualification test program to fulfil the structural design and requirement verification before Artemis II.

Under the Artemis program, NASA is working to land the first woman and next man on the lunar surface in 2024 and establishing a sustained presence by the end of the decade.

The agency will leverage its Artemis experience and technologies to prepare for humanity's next giant leap - sending astronauts to Mars.