Participants spend two entire months in bed and remain lying down even to do everyday things such as eat, drink and exercise. 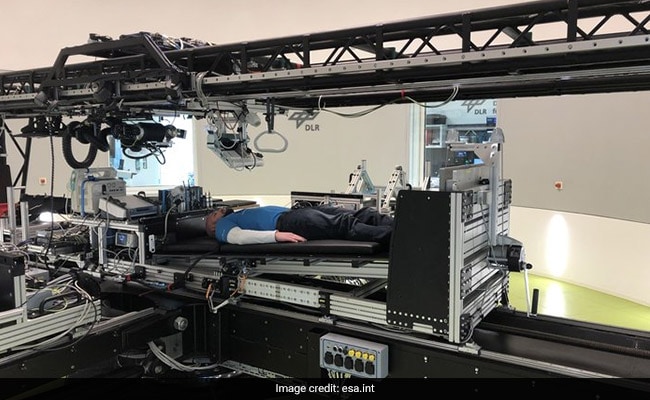 Study subjects will spend the 60 days with their heads tilted down six degrees.

This may sound like a joke about a lazy person's dream job: Earn big money by staying in bed and watching TV.

But this is really happening, and it's a project of NASA and two European space agencies. It's called Artificial Gravity Bed Rest Study.

Scientists are seeking 12 women to spend two full months in bed in the fall at a German lab, plus an additional month there for preparation and recovery. The first batch of 12 test subjects, all men, already have started the study.

The researchers are studying how the body adapts to weightlessness in space, which will help astronauts in future missions.

Apparently being in bed for a long time is similar enough to being in gravity-less space that they want to study it.

The compensation? With euro-to-dollar conversion, it amounts to about $18,500.

"Space travel is expensive and dangerous, but understanding the effects of living in space is critical if we are to send humans to Mars," NASA says on its website where it explains the study. 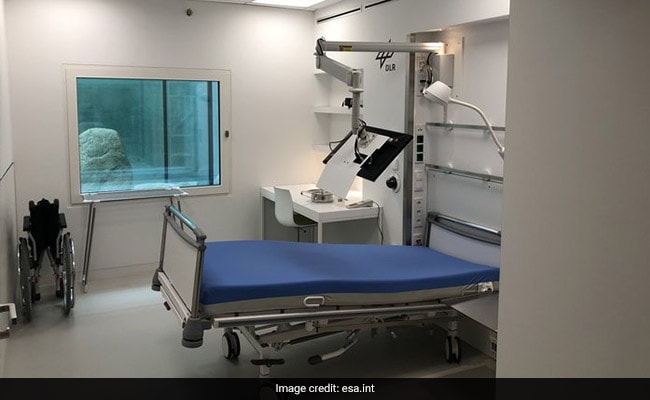 Apparently being in bed for a long time is similar enough to being in gravity-less space that they want to study it.

But don't quit your day job just yet.

Participants spend two entire months in bed and remain lying down even to do everyday things such as eat, drink and exercise. They also answer nature's call and shower, but it's unclear from the NASA website how those tasks are accomplished in bed.

"Daily routine - showering, getting dressed, eating, exercising - takes a lot of time when you cannot stand up to do them," says the website, adding that there is "continuous data collection," including blood pressure, heart rate, nutrient absorption and also the participants' mood.

Study subjects will spend the 60 days with their heads tilted down six degrees, which mimics conditions in space. Without gravity sending blood to the legs, astronauts' heads fill with fluids, resulting in "puffy-head, bird-legs" syndrome, according to the NASA website. Researchers will study how the shifts in fluid affect participants' bodies, as well as possible bone and muscle loss.

Participants are encouraged to pass the time by watching TV, taking online courses, reading and any other activities they can perform while lying down alone in bed to quell what could be maddening boredom. Family and friends are allowed to visit.

NASA is partnering with the Institute of Aerospace Medicine at the Cologne-based German Aerospace Center and the European Space Agency for the study. It is the first joint long-term bed-rest study, according to the DLR website.

"Crewed spaceflight will continue to be important in the future in order to carry out experiments in microgravity, but we must make it as safe as possible for the astronauts," Hansjorg Dittus, DLR executive board member for Space Research and Technology, said in a written statement. "This bed rest study . . . offers space researchers from all over Europe and the U.S.A. the opportunity to work together and jointly acquire as much scientific knowledge about human physiology as possible."

A few more things to know before you apply.

The hefty $18,500 payment for a few months of lazing about is probably a major motivation for people willing to undergo something this extreme. However, if you are an American who really needs the money, you probably can't afford it.

Candidates need to travel to Cologne four times at their own expense for the recruitment process between April and July, according to an automated email reply from the space lab. Plus, they need strong German-speaking skills, far beyond the "guten tag" (hello), "danke" (thank you), and "Ich bin noch im Bett" (I am still in bed).

The study appears tailored mostly to people who live in Germany and can afford to retreat from their daily lives for a few months, and also really like to relax. The NASA website states that one motivation for prospective participants is to help support future space travel - if astronauts ever walk on Mars or live in space for extended periods, the bed-rest volunteers will have helped make that possible.

Participants also need to be nonsmokers between ages 24 and 55, in good health, with normal body weight. During the study, they will spend 30 minutes a day in what is called a "short-arm human centrifuge," which generates artificial gravity and distributes fluids from the head back into the body.

This, it seems, would be aimed at counteracting "puffy-head, bird-legs" syndrome.

If being in a terrestrial astronaut study is on your bucket list - or if you really, really like being in bed - you can apply here.