Lunar Eclipse 2019: Super Blood Wolf Moon And What's So Special About It

Eclipse In 2019: A trifecta of lunar activities -- a total lunar eclipse, a super blood moon and a wolf moon -- will take place on January 20-21. The whole thing is being called the 'Super Blood Wolf Moon.' 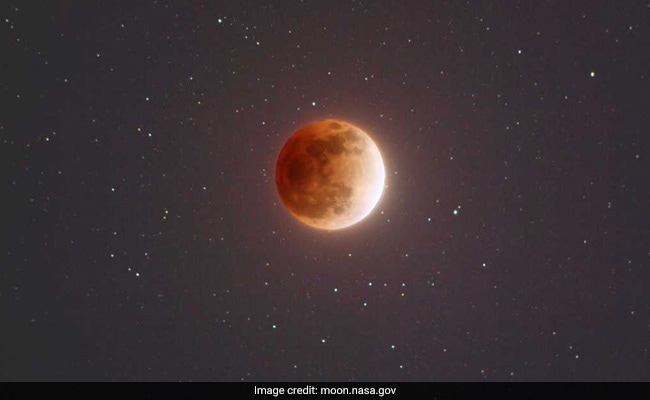 Lunar Eclipse In 2019: Artist's enhancement of a full eclipsed Moon.

Stargazers around the world are in for a treat as January 2019 is going to be an exciting astronomical month. From a total lunar eclipse to a meteor shower and a partial solar eclipse, the sky will witness some rare events this month.

However, the most awaited among these will occur on January 20 and 21 with a trifecta of lunar activities -- a total lunar eclipse, a super blood moon and a wolf moon. The whole thing is being called the 'Super Blood Wolf Moon.'

Why you can't afford to miss it?

To get you up to speed before the phenomenon, we try to answer all of your questions here.

Blood moon: When the moon, Earth, and sun perfectly align so that the entire moon is shielded from the sun's rays, wayward beams of sunlight filter through Earth's atmosphere, coloring the moon a fiery red and resulting in a total eclipse. The moon takes on a reddish tint, hence, it is known as a "blood moon." The brightness of the red glow depends on the amount of dust and clouds in the Earth's atmosphere. More dust can make the moon look a darker red.

Supermoon: This month's full moon will also be especially close to Earth, making it a so-called supermoon. Full moons can occur at any point along the Moon's elliptical path, but when a full moon occurs at or near the perigee (closest distance to Earth), it looks slightly larger and brighter than a typical full moon. That's what the term "supermoon" refers to. During a supermoon, the brightness of the moon can increase up to 30 percent, according to NASA. At its largest, it can appear 14% larger in diameter than the smallest full moon.

Wolf moon: The full moon phenomenon in January has long been known as the "Wolf Moon". It was named so by Native Americans and medieval Europeans, after the howling of hungry wolves lamenting the midwinter paucity of food.

Together, the trifecta event this January will be known as the 'Super Blood Wolf Moon'.

Now that you have a good sense of how spectacular the lunar eclipse this month will be, here's when and where you can best view it from.

According to a National Geographic report, the total lunar eclipse will begin at 10:11am IST on January 21 and will last for 62 minutes. Most people in Asia, including India, will miss the complete eclipse, while people in eastern Africa and eastern Europe will be able to see the partial lunar eclipse. The 3.5-hour event will be visible from the US, Greenland, Iceland, western Europe, and western Africa.

Lunar eclipses are among the easiest sky-watching events to observe. Simply go out and look up if this month's lunar eclipse is visible in your area. You will not need any special equipment or telescopes. 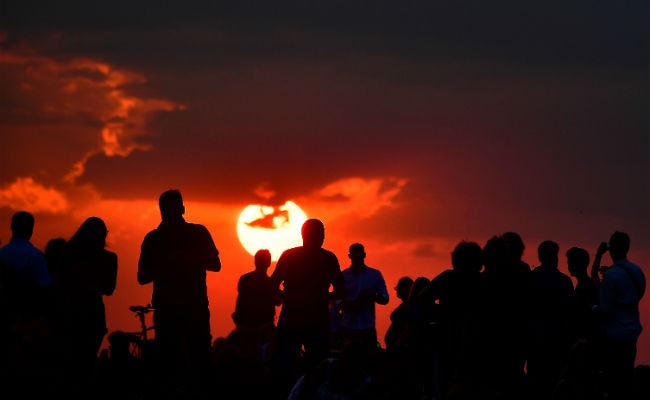 People watch the blood moon in Germany in 2018.

According to NASA's website, a supermoon does not cause floods, earthquakes, volcanic eruptions, severe weather, or tsunamis, despite what incorrect and non-scientific speculators might suggest.

Tidal forces around the world will be particularly high and low, with the moon exerting 42 per cent more force at its closest point to Earth than it does at its farthest, according SPACE.com's skywatching columnist. This extra force doesn't have an appreciable effect on disasters, however.

On January 4, the first meteor shower of the year, the Quadrantids, will reach its peak, according to a National Geographic report. Rates will range from 60 to 120 shooting stars an hour when seen from a dark location.

A partial solar eclipse will begin at sunrise in Asia on January 5-6, starting in China at 7:34 am local time and moving across Japan, Korea, and Russia.

Following the Super Blood Wolf Moon, the brightest planets Venus and Jupiter will join forces in a spectacular conjunction at dawn on January 22 and will appear to be separated by only two degrees.

A stunning celestial trio can be witnessed at dawn on January 30, as the moon glides into a tight formation with Jupiter and Venus. By the night of January 31, the moon will be less than two degrees from Venus.