AstroSat was launched in 2015 by the Indian Space Research Organisation (ISRO). It is the first dedicated astronomy satellite of India, and the SXT aboard AstroSat is the first Indian X-ray telescope. 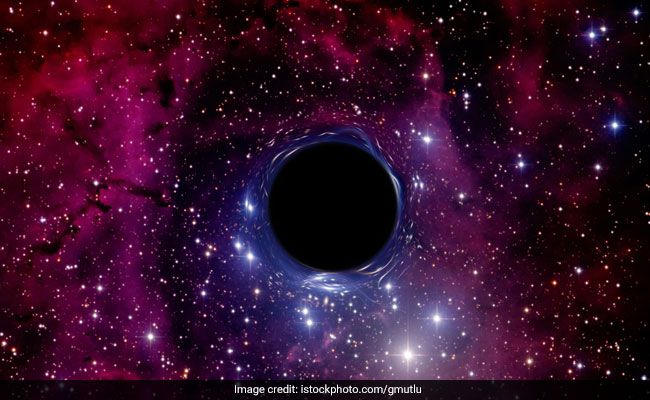 The gravity of such a collapsing core is so strong that its entire mass is crushed into a point, according to the research accepted for publication in The Astrophysical Journal.

This point, however, cannot be directly seen, because nothing, not even light, can escape from a region around it, thus justifying the name of the object.

Surprisingly, astronomical black holes are the simplest known objects in the universe, because they can be fully characterised by only two properties, mass and spin rate.

Therefore, measurements of these two properties are uniquely important to probe some extreme aspects of the universe, and the fundamental physics related to them, researchers said.

"The scientific measurement of the spin rate of the black  hole, an extremely exotic but the simplest object of the universe, comes out to be close to the maximum possible value," Sudip Bhattacharyya, Associate Professor at TIFR told news agency PTI.

"This is generally very important to probe some extreme aspects of the universe, and the fundamental physics (for example, the theory of gravitation) related to them," said Bhattacharyya, who is the Principal Investigator of the AstroSat Soft X-ray Telescope (SXT).

"Such measurements, especially of the spin rate, are very difficult to make, and can be done only by high-quality X-ray observations in the correct state of the binary stellar system, in which the black hole is gobbling matter from its companion star," said Mayukh Pahari, who started this work at TIFR, before joining the University of Southampton in the UK.

"The SXT and the Large Area X-ray Proportional Counter (LAXPC) aboard the first dedicated Indian astronomy satellite AstroSat played a key role to measure the black hole spin rate, which was consistent with results from our contemporaneous Chandra satellite data," Mr Bhattacharyya added.

"From this first joint AstroSat-Chandra study of a black hole, that may lead to further such cooperations, we have found that the black hole in 4U 1630-47 spins very rapidly, with a rate not much less than the maximum possible rate, which makes it even more exotic," added Professor AR Rao of TIFR.

AstroSat was launched in 2015 by the Indian Space Research Organisation (ISRO). It is the first dedicated astronomy satellite of India, and the SXT aboard AstroSat is the first Indian X-ray telescope.

"In fact, apart from Japan, I believe, India is the first Asian country to build an X-ray Telescope (for example, China could not build such a telescope till now)," Bhattacharyya said.

He noted that this "first cooperation of India and US using AstroSat and Chandra satellites regarding black hole studies should open up ways for future such collaborations."