Idea Of Tidying Up In Space Remains An Experimental One 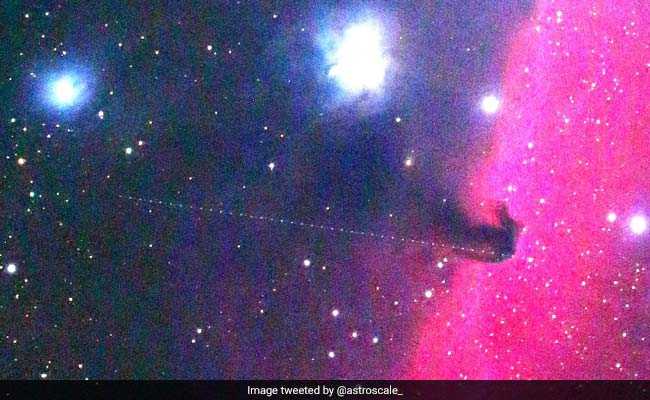 The Europeans and Americans are developing similar concepts. (Representational)

With constellations of thousands of telecommunication mini satellites expected to orbit Earth in the near future, the risk of space-debris collisions will grow. For Nobu Okada, it's an opportunity.
The 46-year-old Japanese entrepreneur founded the start-up Astroscale in Singapore in 2013 with the sole aim of launching "space sweepers." The company -- now based in Tokyo -- has 71 employees.

A demonstration will take place in 2020 when an Astroscale satellite will capture one of the company's own mini satellites and try and nudge it out of its orbit -- with the goal of pushing it into the atmosphere to burn up.

The Europeans and Americans are developing similar concepts, but the idea of tidying up in space remains an experimental one.

AFP caught up with Nobu Okada at the 35th Space Symposium -- a large meeting of the space industry in the US state of Colorado.

Is there a market for taking down space debris?

"The density of space debris has reached the critical level where chain collisions can happen at any time in the near future. So, if we do not take any actions, space is not sustainable anymore."

"So, somebody has to clean up the space."

Who is going to pay?

"The future debris will mostly come from constellations. A certain percentage of the satellites will go defunct in space. And they have to be replenished with new satellites to keep the coverage. To do that, they have to remove the oldest satellites to make sure their orbital plane is clean.

"The other business line is that we also have to clean up the debris which are already up there. And these are mostly littered by the governments. We should prioritize which debris are the most critical and have to be removed with high priority, with government money, like rocket upper stages."

"Two years ago, they were just listening, but now they are beginning to take responsibility."

Any clients yet? What will your services cost?

"We have multiple projects with potential customers.

"Before we set up this company, people had no idea how much money, it would cost to remove one debris, because there were no proven technologies. People were thinking 100, 300 or 500 million dollars to remove one object. But our price -- it depends on the situation of the objects in space -- but it is far, far less than that."

(Except for the headline, this story has not been edited by NDTV staff and is published from a syndicated feed.)
Comments
AstroscaleCleaning Up Space debrisSpace Debris