Her Surgery Was Supposed To Be Routine. Instead, She Was "Embalmed Alive"

Ekaterina Fedyaeva told her mother, "Mom, I'm dying," but her mother thought that she was just complaining. 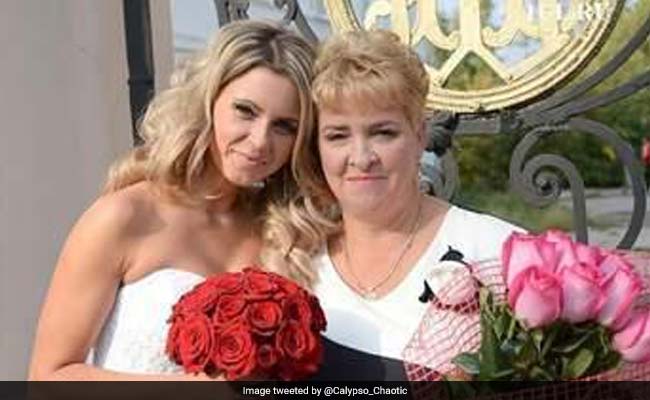 Ekaterina Fedyaeva underwent surgery to remove ovarian cysts in March at a hospital in Ulyanovsk, Russia

It was supposed to be a simple procedure.

Relatives said 28-year-old Ekaterina Fedyaeva had been diagnosed with ovarian cysts - a condition in which fluid-filled sacs attach to the ovaries, then usually disappear on their own. But in some cases, according to the Mayo Clinic, doctors have to remove them.

Fedyaeva was advised that she needed a routine laparoscopic procedure to remove the cysts, relatives said, so she underwent surgery last month at a hospital in Ulyanovsk, a city in western Russia, according to RT, a Russian government-owned television network.

During the operation, medical personnel made a tragic and irreparable mistake: Russia's state-controlled news agency, Tass, reported that instead of administering saline solution, medical personnel mistakenly gave Fedyaeva formalin, a solution that contains formaldehyde - which is used to preserve dead bodies. The medical team tried to wash Fedyaeva's abdominal cavity, according to Tass, but it was too late.

She was being embalmed - alive.

Fedyaeva's mother-in-law, Valentina Fedyaeva, told RT that after the operation, Fedyaeva told her mother, "Mom, I'm dying," but her mother thought that she was just complaining. Then her organs started to fail, according to reports, and she was connected to machines to help keep her alive.

On Thursday, according to Tass, she died.

The botched surgery has gained international attention with headlines such as "Russian woman dies after given formaldehyde instead of saline drip" and "Woman 'embalmed alive' in hospital error."

Rashid Abdullov, minister of health, family and social well-being for the Ulyanovsk region, called it "a terrible tragedy."

"My deepest condolences to the family, relatives of Ekaterina Fedyaeva," Abdullov wrote on Twitter late last week. "This is a terrible tragedy. We will provide all the necessary aid to the family. Those responsible for the tragedy have been already brought to liability and the investigative agencies continue to work."

It's still unclear exactly how it happened, but Abdullov said that medical personnel neglected to read the label on the lethal chemical before administering it to Fedyaeva during the operation, according to RT.

Russia's Federal Medical-Biological Agency confirmed that Fedyaeva was transported in critical condition from the hospital in Ulyanovsk to the A.I. Burnazyan Federal Medical and Biophysical Center in Moscow, where doctors and nurses tried to save her, according to RT. The government-owned network reported that although she was suffering from multiple-organ failure and had machines working for her lungs and kidneys, she briefly regained consciousness.

Fedyaeva's mother-in-law told RT that the young woman opened her eyes and whispered to them - a moment that she said gave them hope.

But her body could not clear the poison.

Family members and friends described Fedyaeva as a "sweet" and "tender" young woman who died far too soon, according to news reports.

Promoted
Listen to the latest songs, only on JioSaavn.com
Ulyanovsk Gov. Sergey Morozov and local authorities have opened a criminal investigation into the incident and, on the governor's orders, the head doctor at the hospital in Ulyanovsk, as well as other medical personnel involved in the operation, has been dismissed, according to local news reports. If criminally charged and convicted, the medical personnel could face time in prison, according to the reports.