Chinese scientist He Jiankui is due to speak Wednesday at a summit of biomedical experts in Hong Kong, just days after publishing claims to have created the world's first genetically-edited babies. 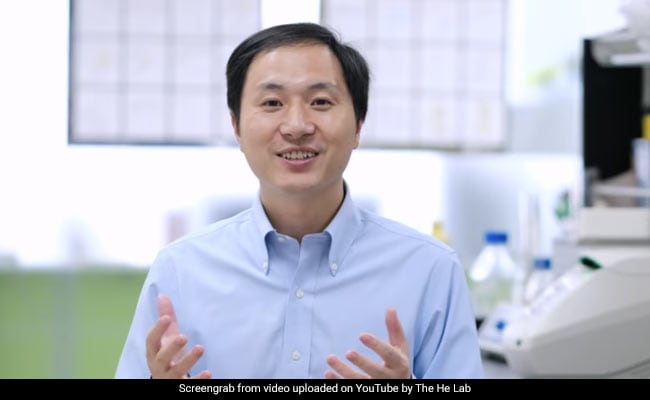 He Jiankui was educated at Stanford University and works from a lab in Shenzhen, China.

Organisers of a conference that has been upended by gene-edited baby revelations are holding their breath as to what the controversial scientist at the centre of the "breakthrough" will say when he takes the stage.

Chinese scientist He Jiankui is due to speak Wednesday at a summit of biomedical experts in Hong Kong, just days after publishing claims to have created the world's first genetically-edited babies.

In a video posted on YouTube, university professor He said that the twin girls, born a few weeks ago, had had their DNA altered to prevent them from contracting HIV.

The move -- which would be a medical first if true -- prompted a heated debate among the scientific community, with many raising concerns over the lack of verified data and exposing healthy embryos and children to gene editing.

Organisers of the Second International Summit on Human Genome Editing, which opened Tuesday, also appeared to have been unaware of He's work.

Biologist and summit chair David Baltimore told AFP on the sidelines of the conference that he had "no idea whether (He is) reliable or not".

"I haven't seen any of the research and I don't know what he is planning to claim," Baltimore said.

Keynote speakers were mobbed by the press on the opening day, after the conference drew international attention on the back of the gene baby revelations.

John Christodoulou, chair of genomic medicine at the University of Melbourne, said it seemed the research had "bypassed the usual ethical regulatory processes".

"But if what he has done is to edit human embryos, and for them to be carried through to birth... there is a real risk of so-called off-target effects," he added.

"The technology can create mutations or break chromosomes in other areas apart from where we're hoping it's being targeted." 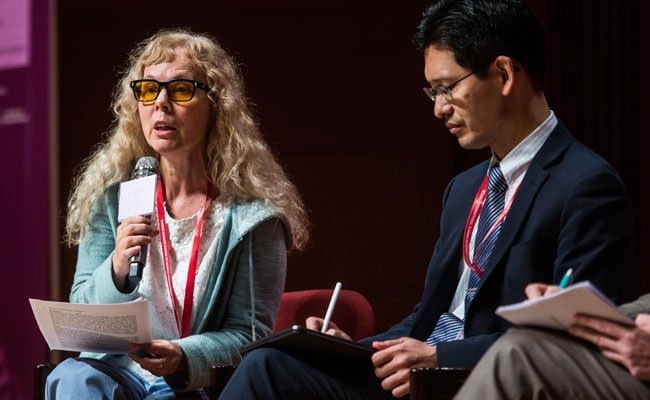 Margaret Sleeboom-Faulkner from the University of Sussex told AFP Tuesday that "it will be very wise to make sure that this shouldn't happen as a standard".

He, who was educated at Stanford University and works from a lab in the southern Chinese city of Shenzhen, said the twins' DNA was modified using CRISPR, a technique which allows scientists to remove and replace a strand with pinpoint precision.

Gene editing is a potential fix for heritable diseases but it is extremely controversial because the changes would be passed down to future generations and could eventually affect the entire gene pool.

Qiu Renzong, formerly the vice president of the Chinese Ministry of Health's ethics committee, told reporters at the gene editing conference that lax regulations in China mean that scientists who break the rules often face no punishment, and think of the ministry as being "without teeth".

He Jiankui is due to join a panel discussion Wednesday and speak Thursday on developing moral principles and safety standards in human gene editing.

But as sceptical experts cast doubt over the claimed breakthrough, his research came under fire on a number of other fronts too.

China's National Health Commission ordered an "immediate investigation" into the case, the official Xinhua news agency reported, while the Shenzhen hospital meant to have approved the research programme denied its involvement.

The university where He works also distanced itself -- saying he had been on unpaid leave since February -- and called his claims a "serious violation of academic ethics and norms".

He did not respond to a request for comment from AFP.

The issue of editing human DNA is highly controversial, and in many countries is tightly controlled.

But this is not the first time Chinese researchers have experimented with human embryo technology.

There is also a history of fraud within China's academic community -- including a scandal last year that led to the withdrawal of 100 "compromised" academic papers.

A joint statement Monday from a group of 100 scientists in China criticised He Jiankui's claims and called them a "great blow to the global reputation and development of biomedical research in China".