For $20 Per Kg, You Can Now Order Experimental Soil From Mars

The team already has about 30 pending orders, including one from Kennedy Space Center in the US for half a ton, UCF said in a statement this week. 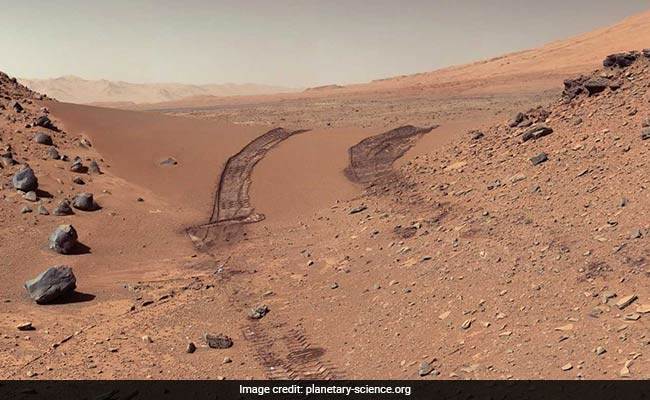 The researchers have developed a scientific method for creating the Martian soil.

The University of Central Florida (UCF) in the US has a unique product to sell - experimental Martian and asteroid soil. Interested buyers can get it for $20 a kg plus shipping.

For creating the Martian and asteroid soil known as simulants, the researchers developed a scientifically based, standardised method.

The formula that helped the astrophysicists at the university develop the experimental Martian soil is based on the chemical signature of the soils on Mars collected by NASA's Curiosity rover, according to a study published in the journal Icarus.

"The simulant is useful for research as we look to go to Mars," said Professor Dan Britt, a member of UCF's Planetary Sciences Group.

"If we are going to go, we'll need food, water and other essentials. As we are developing solutions, we need a way to test how these ideas will fare," Britt added.

For example, scientists looking for ways to grow food on Mars need to test their techniques on soil that most closely resembles the stuff on Mars.

"You wouldn't want to discover that your method didn't work when we are actually there," Britt said.

"What would you do then? It takes years to get there."

The researchers said that because the formula is based on scientific methods and is published for all to use, even those not ordering through University of Central Florida can create dirt that can be used for experiments, which reduces the uncertainty level.

They believe there is a market for the simulant. At $20 a kilogram, plus shipping, it may be easier to send UCF an order, than to try and make it in labs.

The team already has about 30 pending orders, including one from Kennedy Space Center in the US for half a ton, UCF said in a statement this week.

When The Crime Victim Is An Animal, This US Forensics Lab Is On The Case