On the day she was asked to climb into a shuttle and be blasted into the solar system, Anna Lee Fisher was eight and a half months pregnant. 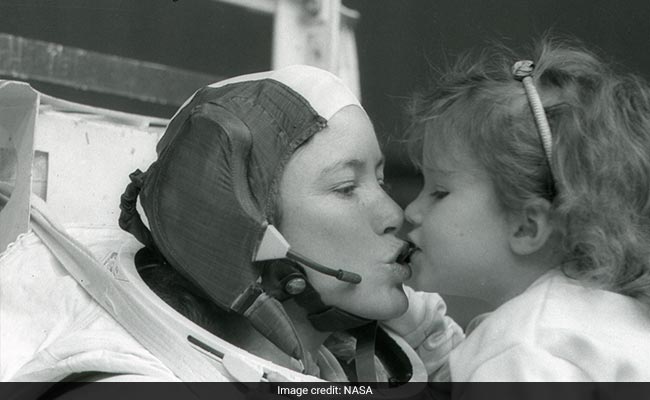 The moment Anna Lee Fisher had been waiting for came on a hot summer afternoon in 1983.

The moment Anna Lee Fisher had been waiting for came on a hot summer afternoon in 1983. Five years had passed since Fisher and five other women were chosen to become America's first female astronauts. But she hadn't yet been to space.

Her boss asked to see her in his office. He requested that her husband, who was also in the astronaut training program, come along, too. They sat down at his desk together.

This was what Fisher, then 33 years old, had wanted. There was only one little thing to consider - and it was currently growing inside her. On the day she was asked to climb into a shuttle and be blasted into the solar system, Fisher was eight and a half months pregnant.

"I wasn't about to say no," she said last month in an interview with The Washington Post. "You don't say no to that offer."

And that was how Anna Fisher became the world's first mother to go to space. A few weeks after being chosen for a flight, Fisher gave birth to a daughter, Kristin.

She will soon mark the 35th anniversary of her flight, the day she became an inspirational figure to working moms everywhere - including to her daughter. Kristin is now a District of Columbia-based correspondent for Fox News and the mother of a 16-month old girl.

"I always grew up thinking I could have a demanding full-time job and be a mom," Kristin said. "The example that she set for me, it was never a question. It wasn't until I got pregnant and started thinking about the logistics that I started thinking, 'How did she do this?' " 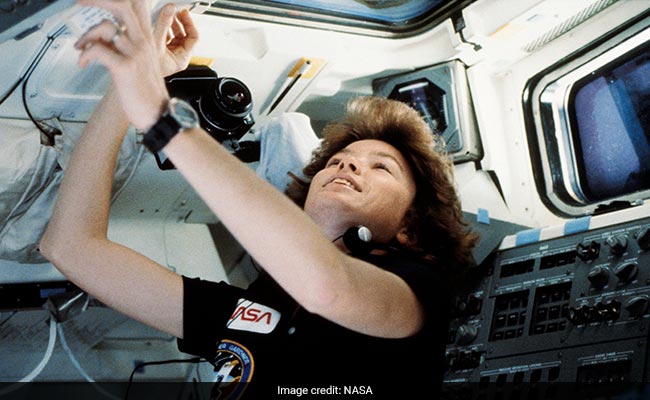 She wanted to send a message to her male co-workers and bosses: She might have had a baby, but she was still on the job.

The answer is something Anna Fisher had to figure out fast. She gave birth to Kristin on a Friday. By Monday, she was back at NASA, carrying the doughnut-shaped pillow that would make it possible to sit down for the team meeting.

She wanted to send a message to her male co-workers and bosses: She might have had a baby, but she was still on the job.

"It was worth it just to see the looks on their faces," she recalled.

Fisher had always planned to have a family and even told the selection committee for the astronaut training program of that plan during her interview. She and her husband, Bill, were emergency room doctors in California in 1977 when they applied to NASA's open call for potential astronauts. Bill wouldn't get in for another two years. But Fisher, at 28 years old, made the cut and moved to Houston.

There were six women in the class of 35 new astronauts - all of whom were determined to ensure their male colleagues treated them as equally qualified. Sally Ride, who would become the first American woman in space, went shopping with Fisher for baggy khaki pants so they would be wearing outfits similar to NASA's men. Fisher never wore makeup at work. She attended the astronauts' spouses' club, so that her colleagues' wives wouldn't feel uneasy about a woman working so closely with them.

For 14 months before her flight, Fisher juggled her training and NASA obligations with caring for her new daughter. She and Bill asked her mom for help and hired a nanny. She started pointing out to reporters that the men on her flight were leaving their children behind, too.

At work, she learned how to serve as "Capcom," the person in mission control who communicates with the astronauts already in orbit. It was an important role, requiring long, intense shifts - one her commander suggested she might want to give up. "You've got Kristin, you're training, it's too much," he said.

Fisher begged him to reconsider, and won. Only when mission control lost the connection with the flight in orbit did Fisher run into the bathroom and pump her breast milk.

Soon she was assigned the job of designing the crew patch that would represent her team's flight, STS-51-A. She put six stars on it: one for each astronaut aboard, and one for baby Kristin.

In the weeks before her launch in November 1984, she recorded dozens of videos of herself with Kristin. In the days before, she wrote her daughter a letter:

"If anything happens to me, just know that I love you so much," it said. "Your dad and your grandma will take care of you. And I'll be watching over you."

Her flight was only NASA's second trip using the space shuttle Discovery. She understood the risk she was taking.

On the day she walked out to the launchpad in Florida, her husband used his NASA access to make sure that he, Kristin and Fisher's mom could be there to wave goodbye. Then Fisher climbed aboard Discovery and shot into the sky. 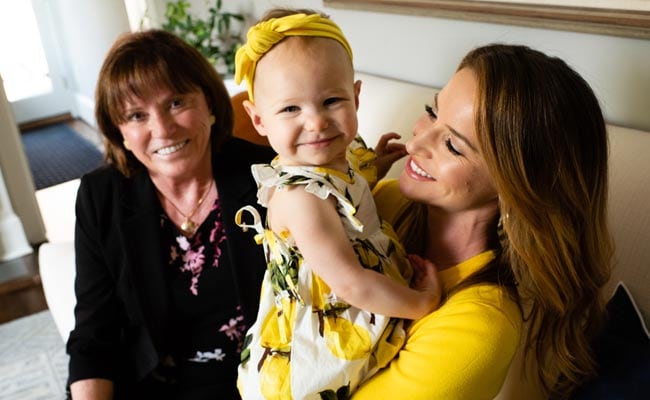 Many told Fisher that when they were kids, they wrote to her, and she mailed them a photo and an autograph.

Her flight was a seven-day, 23-hour mission, focused on retrieving and dispatching satellites. Unlike today's astronauts, who can call and videoconference their children, Fisher had no way of communicating with her family while on board. Instead, she would sit at the window of the spacecraft, looking down at Earth while playing a tape she'd brought in her Walkman. It was a recording of Kristin saying, "I luh, I luh." I love you.

After traveling 3.3 million miles, Fisher returned safely home. She slipped the letter she had written to Kristin in her jewelry box, grateful her daughter would never have to read it - but prepared to write another the next time she went to space.

Within a month, she was assigned to another flight. Six weeks before it was set to occur, the Challenger space shuttle exploded. One of the six people who lost their lives that day was Fisher's friend Judy Resnik, who'd joined the astronaut program alongside her.

After the Challenger, the shuttle program ground to a halt, and Fisher took a seven-year leave of absence to raise Kristin and have her second child, Kara.

She returned to NASA in 1996 and went on to become chief of the space station branch and one of the longest-serving astronauts in the agency's history.

Today, 50 American women have been to space, plenty of them moms. Many told Fisher that when they were kids, they wrote to her, and she mailed them a photo and an autograph.

She loved hearing them chatting to each other in NASA's halls, switching effortlessly from talk of spacewalks and mission controls to pediatricians and play dates.

In 2017, Fisher retired from NASA at age 67. The same year, she became a grandmother, and soon found herself helping her daughter navigate the same worries she had when she was a new mom. Kristin's job as a Fox News correspondent means she is often asked to go on reporting trips around the country and the world.

"She calls me and asks about traveling," Fisher said. "I say, 'Do you remember when I was gone when you were that age?' "

Kristin doesn't. She said her mom always asks, "Are you glad that I did it? That I took the time away from you, took that risk and went into space?' "

And when she can, Grandma, or "Nana Anna" as Clara calls her, comes to babysit while Kristin works. In April, Fisher came to Washington to watch Clara on the evening Kristin and her husband attended the White House correspondents' dinner.

They spent the weekend reading some of the books Fisher bought for her granddaughter: "Organic Chemistry for Babies" and "Astrophysics for Babies." Then they went outside for their favorite activity. Fisher plopped Clara into a baby-size swing. She lifted her backward and began to count.

Then she let go and watched her granddaughter swing toward the sky.