Pune wall collpase: The accident took place in Pune's Kondhwa area. The wall crashed down into a slum next to the apartment complex, taking down the parked cars as the ground caved in.

Fifteen people have died and three injured in Pune after a portion of the wall of a residential building fell on temporary shacks of labourers early this morning after heavy rain. Among the dead four children and a woman. Pune received the second highest rainfall on Friday in June since 2010.

Dramatic visuals showed several cars stuck in debris in Pune's Kondhwa area. The wall crashed down onto tin sheds next to the apartment complex, taking down the parked cars as the ground caved in.

The sheds were built for labourers working at a construction site nearby, the police said. Most of those who died were sleeping when the building wall fell on their homes. 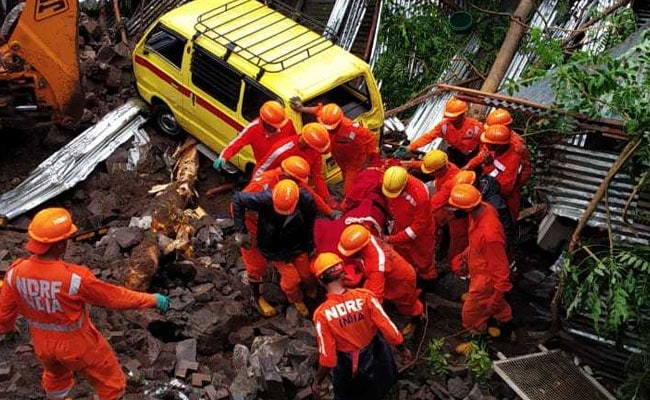 The NDRF, the police, and the fire department were involved in the search and rescue efforts.

Rescue personnel from the National Disaster Response Force (NDRF) and the fire department were at the site of the accident, searching for people who may be stuck. The 12 to 15-feet-high wall collapsed at around 1:45 am, an official said.

The injured have been taken to a nearby hospital. A fire brigade official said those who detailed were from Bihar and Uttar Pradesh.

The construction work going on barely 40 feet away from the residential building's wall.

Maharashtra Chief Minister Devendra Fadnavis, who announced a Rs. 5 lakh compensation for the families of those killed, tweeted. "Extremely saddened to know about loss of lives in the Kondhwa, Pune wall collapse incident. My deepest condolences to the families and prying for speedy recovery of the injured. Directed Pune Collector to conduct an in-depth enquiry."

"Our team is investigating the reasons behind the incident. Firm action will be taken against those responsible. We will check whether proper permissions were taken and safety measures were followed," Pune police chief K Venkatesham told reporters. 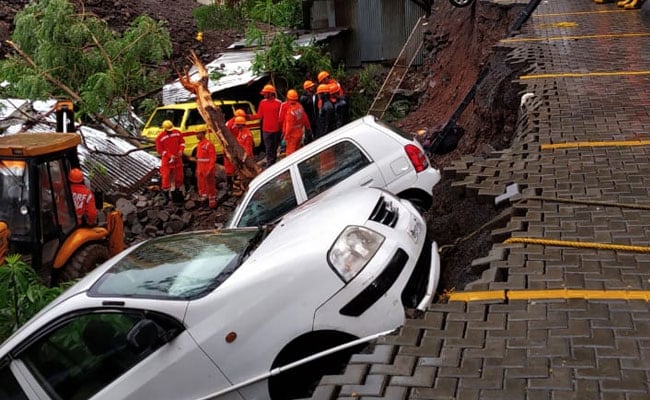 Many cars were taken down when the wall of an apartment complex collapsed in Pune.

Pune saw two days of heavy rain on Thursday and Friday. The city has been seeing heavy rain since Thursday. As of last night, Pune received 73.1 millimetres of rain in 24 hours, the second highest rainfall in June since 2010.

Eight people were killed and five injured in rain-related incidents in Maharashtra on Friday.

In Mumbai, three persons were killed and five injured as the city received it first spell of heavy rain this monsoon that marked its most delayed arrival in the city in 45 years.

Early this morning, a wall collapsed on an auto-rickshaw in Mumbai's Chembur. There are no reports of anyone injured.