Pune-Solapur Highway Accident: The accident took place at around 1:30 am near Kadamwak Wasti, around 20 km from Pune city. 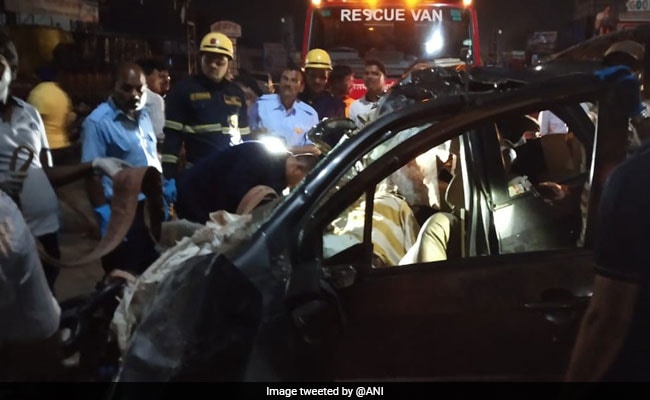 All nine occupants of the car, aged between 19-23 years, were killed in the accident near Pune

Nine students were killed after their car crashed into a truck on the Pune-Solapur Highway near Pune in the early hours this morning, police said.

The accident took place around 1:30 am near Kadamwak Wasti, around 20 km from Pune city.

"The deceased, who were in the age group of 19 to 23 years, were residents of Yavat in Pune district and returning to their hometown from Raigad," senior inspector at the Loni Kalbhor police station, Suraj Bandgar said.

"The car was being driven at a high speed. After reaching Kadamwak Wasti, the driver lost control over the car and the vehicle first hit a divider and then collided with the truck after landing on the other side of the highway," he said.

Preliminary investigation revealed that the accident was due to over-speeding and the driver losing control over the vehicle, Mr Bandgar said. 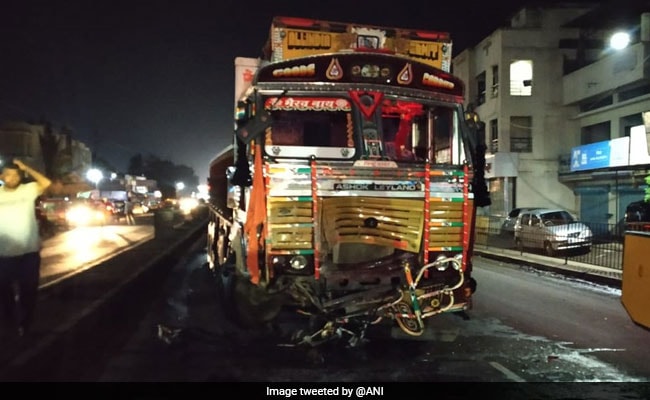 Pune Accident: The incident happened at around 1:30 am near Kadamwak Wasti

The inspector said some employees at a toll plaza from where the car had passed a few minutes before the accident, also said it was over-speeding.

The impact of the collision was such that the car got badly mangled and eight of its nine occupants died on the spot, he said.

"Local residents and police saw that one of the occupants was making some movement and he was immediately taken to a nearby hospital. However, he was declared brought dead," Mr Bandgar said.

The bodies have been sent for postmortem and the matter is being investigated, the officer said.