Man Jumps Into Enclosure To Touch Tiger In Pune Zoo 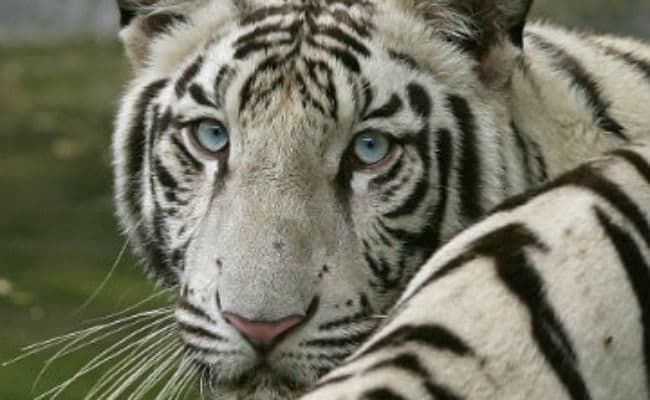 The man had tried jumping into the Bengal tiger's enclosure before he touched the white tiger.

Pune: A 25-year-old man today jumped into a tiger enclosure in Rajiv Gandhi Zoological Park in Hyderabad, but was rescued unhurt by the animal keeper and security guards, officials said.

Shudhodhan Babarao Wankhede scaled the parapet wall of the white tiger enclosure and jumped into it, they added.

"He went very close to the tiger and even touched the animal. However, our security guards and the animal keeper carefully opened the back gate of the enclosure and evacuated the man unhurt," said a zoo official.

He said the man had tried to jump into another enclosure of a Royal Bengal Tiger before jumping into the white tiger's enclosure. However, the guards had succeeded in foiling that bid.

"Had there been a delay of a few more minutes in rescuing the man, his life would have been in danger. But, timely intervention of the security guards and animal keeper saved his life," he added.

Promoted
Listen to the latest songs, only on JioSaavn.com
Mr Wankhede was later handed over to the police at Bharti Vidyapeeth police station and the process of registering a case against him was on.

The zoo officials said the man appeared to be mentally unstable.