Mr Singh, 64, first came to limelight in 1990 when he was given the task of arresting LK Advani in Samastipur in Bihar, when the BJP veteran was on his Rath Yatra from Somnath to Ayodhya, by the then chief minister Lalu Prasad Yadav. 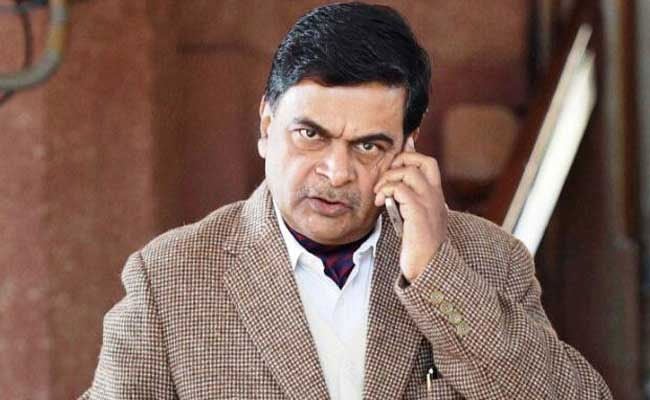 R K Singh is a BJP lawmaker from Bihar's Arrah

New Delhi: Former union home secretary Raj Kumar Singh has been given the task to lead the Power Ministry as Minister of State (Independent Charge) in Prime Minister Narendra Modi's third cabinet reshuffle today. He has also been given the responsibility of New and Renewable Energy Ministry.

A Lok Sabha MP from Bihar's Arrah, Mr Singh has had a distinguished four-decade career as an IAS officer, before becoming a full-time politician in 2013.

Mr Singh, 64, first came to limelight in 1990 when he was given the task of arresting Lal Krishna Advani in Samastipur in Bihar, during the BJP veteran's Rath Yatra from Somnath to Ayodhya, by the then Chief Minister Lalu Prasad Yadav.

The 1975-batch IAS officer joined the BJP after his retirement in 2013. He served both in Bihar and at the Centre in different capacities, including as secretary defence production in the UPA government, joint secretary in the home ministry, when Advani was the home minister, and head of Bihar government's departments of home, industries, public works and as district magistrate of Patna.

He successfully contested the 2014 Lok Sabha poll from Arrah.

Mr Singh is known for his contribution to schemes for modernisation of police and prison, and laying down a framework for disaster management.

He had also criticised the process of distribution of tickets by the BJP in 2015 Bihar assembly elections, which the party lost. However, with his induction in Prime Minister Modi's ministry, Mr Singh seemed to have made up with the leadership and he was rewarded for the administrative acumen.

Promoted
Listen to the latest songs, only on JioSaavn.com
He also went on to study at the RVB Delft University in the Netherlands. Before joining the IAS, he was selected to the Indian Police Service where he had served one year.