Anand Kumar has been running the highly innovative Super 30 programme for the last 18 years to mentor 30 students free off cost through a year-long residential coaching for India''s premiere IIT-JEE. 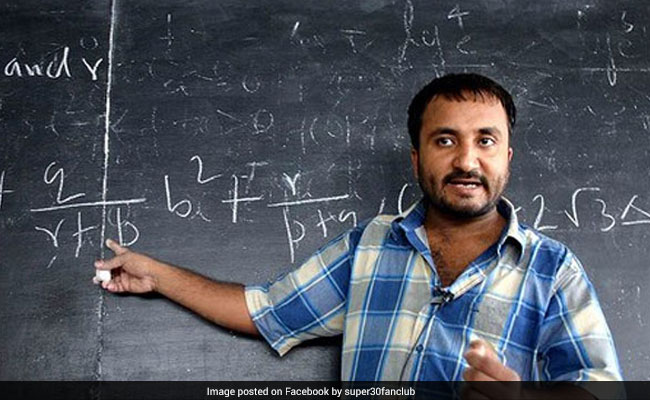 Mathematician Anand Kumar, founder of the Super 30, has been felicitated in the US

Super 30 founder and noted mathematician Anand Kumar has been felicitated in the US with a prestigious teaching award for his contributions towards imparting education to the country''s needy students.

The Education Excellence Award 2019 was presented Anand Kumar, 46, by the Foundation For Excellence (FFE) at a function on the occasion of the organisation's 25th anniversary gala in San Jose, California over the weekend.

Speaking at the event, Anand Kumar exhorted the strong Indian community living in the USA and across the world to help education become the strongest weapon to fight all the problems of the world.

"Making quality education accessible to the masses will make a huge difference to the world by solving the core issues of poverty, unemployment, population explosion, environmental degradation and a lot more," he said.

"Indians have been doing wonders in different fields across the globe, including the USA, and it would be immensely satisfying for them to give something back to their society. There can be no gift more precious than education," Anand Kumar said at a packed auditorium while receiving applause from a gathering comprising eminent personalities.

Anand Kumar has been running a highly innovative Super 30 programme for the last 18 years to mentor 30 students free off cost through a year-long residential coaching for India''s premiere IIT-JEE.

The success rate has been phenomenal, with students from underprivileged sections witnessing a generational change by entering the premiere institutions.

Anand Kumar said an educated world would be much better place due to greater understanding and compassion.

"Today, the void is getting bigger, which only education can bridge. Give anyone the right opportunity and he or she will excel. It is ultimately the opportunity that matters," he added.

Anand Kumar, who was recently in news for the success of the biopic on his life starring Hrithik Roshan, thanked the FFE for providing scholarships to needy students and lighting the flame of education among the needy.

He said the power of education was immense to bring about generational change for the deprived lot, which would ultimately add speed to the nation''s growth story.

"Through my small endeavour of Super 30, I have experienced how the smile of success on the face one first generational learner brings cheers not only for the entire family, but triggers hope for the entire community. This is what the world needs and your efforts will trigger hope for millions," he said.