Ms Dikshit, who made her political debut as a parliamentarian from the Kannauj seat in Uttar Pradesh in 1984, shared a strong rapport with members of the Gandhi family

Sheila Dikshit was a three-time chief minister of Delhi

Veteran Congress leader Sheila Dikshit, the longest serving chief minister of Delhi, died on Saturday at the age of 81 after suffering a cardiac arrest. Ms Dikshit, who also served as Governor of Kerala, was credited with transforming the national capital by building roads and flyovers, improving public transportation and helping make Delhi a less polluted city.

Among her many contributions during her three terms as chief minister between 1998 and 2013 were the introduction of CNG-powered public buses (and the phasing out of "killer" Blueline buses), extending the Delhi Metro, constructing nearly 90 flyovers to better connectivity and developing education and health infrastructure.

A seasoned politician and dignified leader, Sheila Dikshit was also a gracious and positive figure, who was once praised by former BJP leader and prime minister Atal Bihari Vajpayee as a "Teflon-coated politician because nothing negative ever sticks".

The measure of that grace and dignity was reflected in the many condolence messages received on news of her death, with Prime Minister Narendra Modi - whose BJP dealt Ms Dikshit and the Congress a crushing blow in the general election - calling her a "warm and affable person".

Ms Dikshit, who made her political debut as a parliamentarian from the Kannauj seat in Uttar Pradesh in 1984, shared a strong rapport with the Gandhi family, particularly Sonia Gandhi. 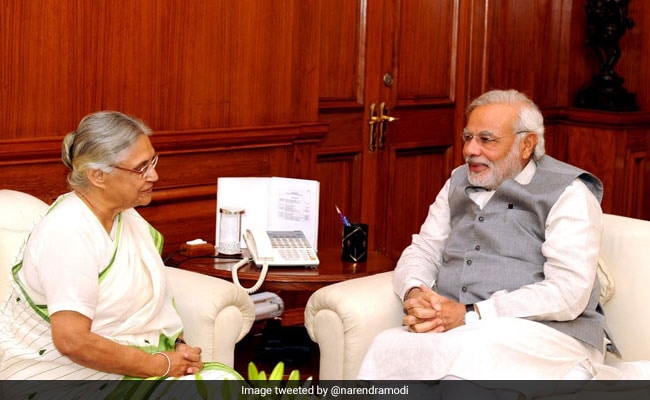 In a 2009 interview with NDTV, Ms Dikshit had described the former Congress president as someone she "admired tremendously and knew, instinctively, the right thing to do".

That relationship was what helped her become president of the faction-ridden Delhi Congress in May 1998. Six months later she led the party to victory in assembly elections. A key battleground was the high price of onions. The Congress claimed an impressive 52 of 70 seats and Sheila Dikshit served the first of her three consecutive terms as chief minister.

Outside of Delhi, Ms Dikshit also served as the Governor of Kerala in 2014 but resigned after six months following a stand-off with the BJP government over gubernatorial appointments.

She was also briefly the Congress' chief ministerial candidate for the 2017 UP assembly polls, but stepped back from the role after a tie-up with the Samajwadi Party.

After withdrawing from the UP polls, it appeared Sheila Dikshit had called time on her career. But her relationship to the Gandhi family - she also served as a minister in the Rajiv Gandhi cabinet - led to her being handed leadership of the Delhi Congress in January. 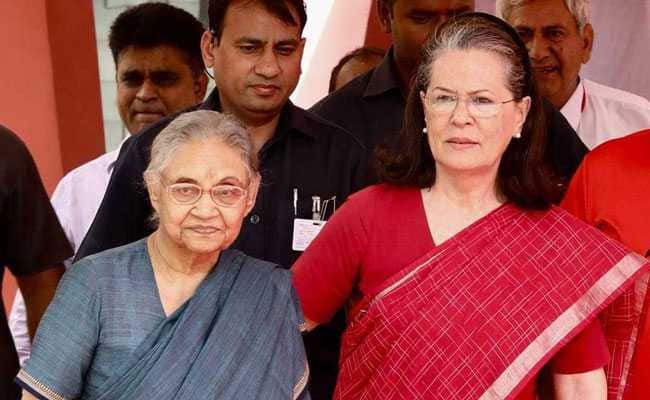 Party colleague Ajay Maken had just stepped down, citing ill health, and the Congress turned to Ms Dikshit in the hope she could script an impossible victory after poor results in the 2015 assembly poll.

Unfortunately, she was unable to do so. The wave of support for PM Modi was too strong and in-fighting within the Congress too much. The party lost all seven seats to the BJP; Ms Dikshit lost hers to BJP counterpart Manoj Tiwari.

Congress leaders Rahul Gandhi and Priyanka Gandhi Vadra mourned more than the loss of a party leader." I'll miss her wise counsel, her sweet smile and the warmth with which she would hug me whenever we met," Priyanka Gandhi wrote. 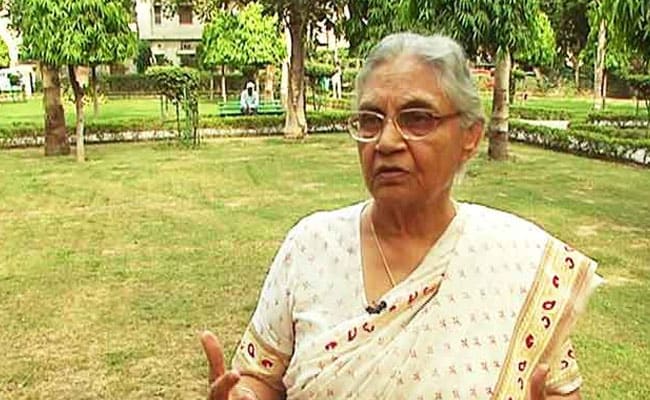 A graduate in History from Miranda House, University of Delhi, Sheila Dikshit's entry to politics was accidental; she had married the late Vinod Dikshit and served as an assistant to his father, Uma Shankar Dikshit, a Uttar Pradesh Congress leader who served as a minister in Indira Gandhi's cabinet.

Sheila Dikshit was also known for her passion for driving. In a 2009 interview to NDTV, she spoke about how she was once stopped by the police for driving well above the speed limit in the national capital.  "I was driving very fast from Karol Bagh to Chanakya Puri when a policeman stopped me and told me I was driving above 60 kmph. I corrected him and told him, no, I was doing 90 kmph," she said, smiling.