Sir Roger Moore said in his autobiography he had been approached about playing James Bond as early as 1967. But it was not until 1973 that he finally won the role. He made his debut in Live and Let Die, after the producers made him lose weight, get fit and cut his hair 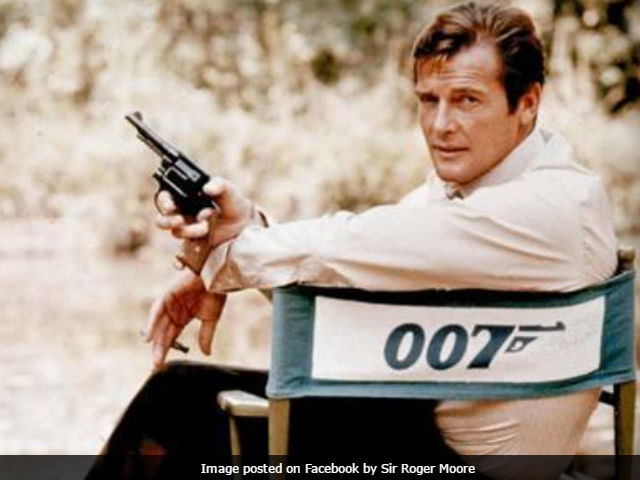 London: British actor Roger Moore was never one to boast about his acting ability but then the facts spoke for themselves - he played James Bond in more films than any other man. Known for his ironically raised eyebrow and deadpan quips, Sir Roger Moore's take on the suave superspy was more tongue-in-cheek than that of his manly predecessor Sean Connery. But he outgunned Sean Connery and all the other actors to have played 007 by taking the role he fondly called "Jimmy Bond" in a record number of seven films. Sir Roger Moore was also one of the last of the old-style movie stars, who counted Frank Sinatra and David Niven among his friends and lived in luxury in Switzerland and the French Riviera.

He went on to become a real-life hero as an ambassador for UNICEF, even as he downplayed his own talents. "I'm not that cold-blooded killer type. Which is why I play it mostly for laughs," he once said.

Born Roger George Moore, on October 14, 1927 in the London suburb of Stockwell, he was the only son of a police constable and his wife, and had a happy childhood.

"I've not done badly for a boy from Stockwell, where I used to gaze at the silver screen in wonderment, little realising I'd be a part of this magical world," he wrote in his autobiography, My Word Is My Bond.

Sir Roger began his acting career as an extra in the 1940s before studying at the Royal Academy of Dramatic Art. He landed an MGM studio contract but only had supporting roles during the 1950s.

It was not until the following decade that he achieved worldwide fame, starring in British television show The Saint as smooth-talking adventurer Simon Templar.

He also played alongside Tony Curtis in the 1970s crime series The Persuaders.

Sir Moore said in his autobiography he had been approached about playing James Bond, novelist Ian Fleming's fictional secret agent, as early as 1967.

But it was not until 1973 that he finally won the role - despite, at 45, being two and a half years older than Connery, the man he replaced.

"Sadly, I had to retire from the Bond films," he said at a ceremony to award him a star on Hollywood's "Walk of Fame", just ahead of his 80th birthday. "The girls were getting younger and I was just getting too old."

Sir Roger Moore said his most enjoyable Bond experience came in The Spy Who Loved Me, memorable for a cast of villains that included "Jaws" played by Richard Kiel - who died in 2014 - and gadgets including a Lotus Esprit sports car which doubled as a submarine.

"I think The Spy Who Loved Me was the best, or rather the one I enjoyed doing the most," he told AFP in an email interview in 2007. "It had great locations. And I was exceedingly happy working with Lewis Gilbert, the director."

He had less fun with the actress Grace Jones on A View to a Kill.

"I've always said that if you've nothing nice to say about someone, then you should say nothing. So I'll say nothing," he recalled.

While fans debate which actor proved to be the best incarnation of 007, Sir Roger revealed he had never discussed the subject with the other actors.

Even when Sean Connery emerged from retirement in 1983 to appear in the 'unofficial' Bond film Never Say Never Again - released in the same year as Sir Roger's Octopussy - the two actors did not discuss the subject.

That was partly due to a mutual friend, Michael Caine, advising them not to be suckered into joining a media-driven "Battle of the Bonds".

"Sean and I never discussed our experiences... not even with the leading ladies!" he said. "Actors don't really sit around discussing the parts they've played - just in case someone says 'That was crap!'"

But he later admitted he was a big fan of the current Bond, British actor Daniel Craig "Daniel Craig is the hardest, then Sean," he said in an interview.

Sir Roger Moore acted in other films both during and after the Bond years but none had anything like the success of 007.

He was always self-deprecating when it came to his own skills, once joking: "I have three expressions, left eye, right eye and none moving at all."

Moore also enjoyed the high life, with a group of celebrity friends and homes in southwestern Switzerland and Monaco.

But in recent years Sir Roger Moore had become known for his humanitarian work, through activities as a UNICEF Goodwill Ambassador, helping raise funds for under-privileged children.

He was awarded a knighthood in 2003 in recognition of his work with the organisation.

He was also an active campaigner against the production of foie gras.

In 1993 he underwent surgery for prostate cancer, in 2003 he was fitted with a pacemaker, and in 2013 he was diagnosed with diabetes.

In 2014 he published Last Man Standing: Tales from Tinseltown titled One Lucky Bastard in the United States.

Sir Roger Moore was married four times and is survived by two sons and a daughter.

During his first two marriages - to ice skater Doorn Van Steyn and singer Dorothy Squires - he once admitted he had been physically abused.

Promoted
Listen to the latest songs, only on JioSaavn.com
His children were all with Italian actress Luisa Mattioli, whom he married in 1969 divorced in 1996. He married Kristina Tholstrup, a Swede, in 2002.