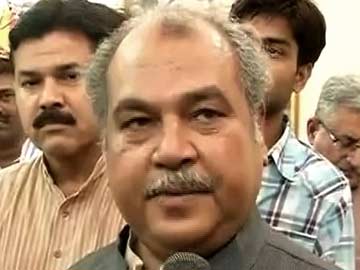 New Delhi: Narendra Singh Tomar, who is in charge of the ministries of mines, steel and labour and employment in the Narendra Modi-led government, started his political career as a corporator from Gwalior.

He became a Member of Legislative Assembly in the early 1990s.

Mr Tomar, 56, became a Cabinet minister in the BJP-led National Democratic Alliance government in 2003, holding portfolios like rural development, among others.

He also became the president of the BJP's Madhya Pradesh unit in the same year.

Mr Tomar has also served as a member of the Rajya Sabha for a year in 2007.