Mullah Mohammad Hassan Akhund, who is on a UN sanctions list, was named as leader, while Taliban co-founder Abdul Ghani Baradar will be his deputy. 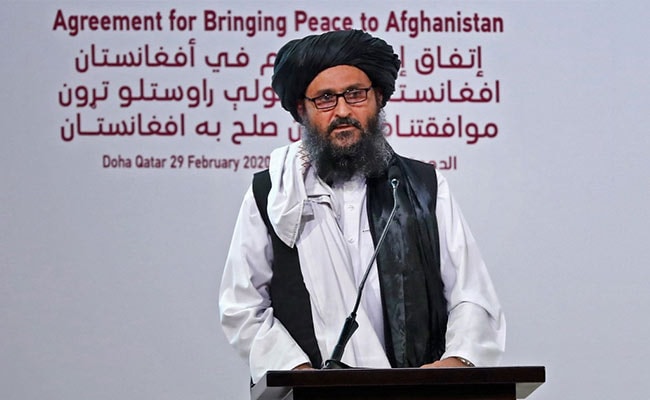 Abdul Ghani Baradar was raised in Kandahar -- the birthplace of the Taliban movement. (File)

Afghanistan's Taliban on Tuesday announced key posts for their new government, after the hardline Islamists seized control of the country and ousted the previous regime last month.

Mullah Mohammad Hassan Akhund, who is on a UN sanctions list, was named as the acting prime minister.

Taliban co-founder Abdul Ghani Baradar will be one deputy, as well as Abdul Salam Hanafi, who was most recently part of peace talks in Doha.

The Taliban's inner workings and leadership have long been shrouded in secrecy -- even when they ruled Afghanistan from 1996 to 2001.

Several cabinet posts are yet to be announced. Here is a rundown of what is known:

Mullah Mohammed Hassan Akhund is a Taliban veteran who was a close associate and political advisor to Mullah Omar, the founder of the movement and its first supreme leader.

A member of the group's Supreme Council, he served as deputy foreign minister in their previous regime, and was placed on a UN Security Council sanctions list connected to the "acts and activities" of the Taliban.

From Kandahar, he also served as the Taliban governor of the key province.

The United Nations said he had a reputation of having been "one of the most effective Taliban commanders".

Abdul Ghani Baradar, named as deputy to Hassan, was raised in Kandahar -- the birthplace of the Taliban movement.

Like most Afghans, Baradar's life was forever altered by the Soviet invasion of the country in the late 1970s, transforming him into an insurgent.

He was believed to have fought side-by-side with the one-eyed cleric Mullah Omar.

The two would go on to found the Taliban movement in the early 1990s during the chaos and corruption of the civil war that followed the Soviet withdrawal.

After the Taliban regime was toppled in 2001 by US-led forces, Baradar is believed to have been among a small group of insurgents who approached interim leader Hamid Karzai with a potential deal that would have seen the militants recognise the new administration.

Arrested in Pakistan in 2010, Baradar was kept in custody until pressure from the United States saw him freed in 2018 and relocated to Qatar.

This is where he was appointed head of the Taliban's political office, and oversaw the signing of the troop withdrawal agreement with the United States.

Abdul Salam Hanafi, who is also on a UN blacklist, was a deputy education minister when the Taliban were last in power, when they effectively blocked girls from school.

Hanafi was named as another deputy to Hassan.

A UN travel ban on Hanafi was lifted to allow him to take part in talks as part of the Taliban's political negotiating team in Doha.

After the Islamists were ousted from Kabul in 2001, he was placed in charge of the Taliban-controlled northern Jawzjan province, bordering Uzbekistan.

The UN Security Council have also accused him of potential involvement in drug trafficking.

The son of a famed commander from the anti-Soviet jihad, Sirajuddin Haqqani has doubled as the deputy leader of the Taliban and head of the powerful Haqqani network.

He will be interior minister in the new regime.

The US State Department's Rewards For Justice Program offers a multi-million dollar reward for information leading to his arrest.

The Haqqani network is a US-designated terror group long viewed as one of the most dangerous militant factions in Afghanistan.

It is infamous for its use of suicide bombers and is believed to have orchestrated some of the most high-profile attacks in Kabul over the years.

The network is also accused of assassinating top Afghan officials and holding kidnapped Western citizens for ransom -- including US soldier Bowe Bergdahl, released in 2014.

Known for their independence, fighting acumen, and savvy business dealings, the Haqqanis are mainly based in eastern Afghanistan and hold considerable sway over the Taliban's leadership council.

On Tuesday, he was named as defence minister.

Yaqoob's father enjoyed cult-like status as the Taliban leader, and that potent lineage makes him a unifying figure in the movement.

Who Is Bhupendra Patel? 5 Points On New Gujarat Chief Minister