"...As You Are Holding My Grandson": Ex Top Bureaucrat Wishes New Twitter CEO 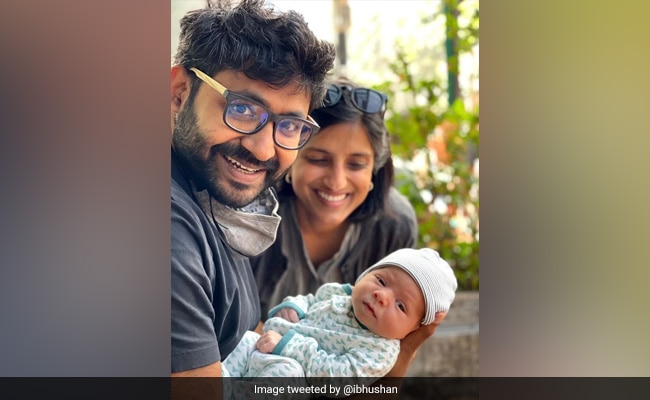 The former bureaucrat tweeted his best wishes to the new CEO

A former top bureaucrat has given his best wishes to new Twitter CEO Parag Agrawal, who has been trending on social media today after he was named the next chief executive of the microblogging website.

Mr Agrawal started out as Twitter's technology expert to becoming the latest India-born talent to lead a US tech giant. Unlike his predecessor, co-founder Jack Dorsey, Mr Agrawal enjoyed until Monday a much more low-profile role at the company, with only about 24,000 followers on the platform, compared to Mr Dorsey's almost six million.

Former top bureaucrat Dr Indu Bhushan, a family friend, tweeted a photo of Mr Agrawal holding a baby and posing for the camera.

Dr Bhushan, who was chief executive of the National Health Authority and a 1983-batch Indian Administrative Service officer, in the tweet said he expects Mr Agrawal would "navigate the complex world of Twitter" with a lot of care.

"Heartiest congratulations on becoming the youngest CEO of a S&P500 company @paraga All my best wishes and blessings for a highly successful and memorable tenure. May you navigate the complex world of twitter as dexterously as you are holding my grandson in this picture," Dr Bhushan tweeted, before deleting it.

Heartiest congratulations on becoming the youngest CEO of a S&P500 company @paraga! All my best wishes and blessings for a highly successful and memorable tenure. May you navigate the complex world of twitter as dextrously as you are holding my grandson in this picture! pic.twitter.com/oGMjuc7F8e

"He's been behind every critical decision that helped turn this company around," Mr Dorsey wrote of Mr Agrawal in a message to Twitter staff.

Educated in computer science and engineering at the Indian Institute of Technology, Bombay, and holding a PhD from Stanford University in California, Mr Agrawal joined Twitter in 2011 and rose to become its chief technology officer by 2017.