The daughter of legendary actor Suchitra Sen, Moon Moon Sen married into the royal family in Tripura before she launched her film career. 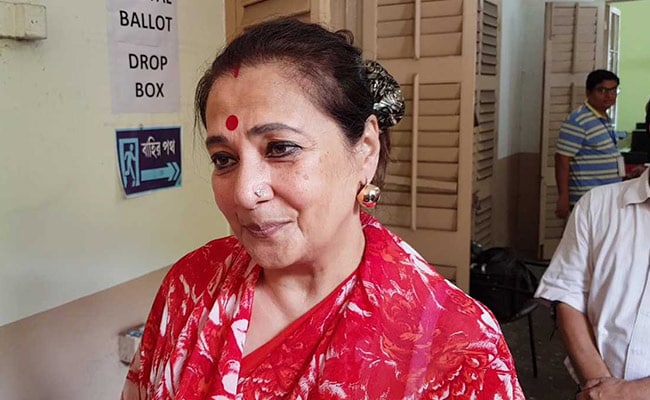 Moon Moon Sen, the actor-turned-politician, was the Trinamool's "giant slayer" in 2014. She lost to BJP's Babul Supriyo in Asansol as the BJP secured a thumping victory in the national elections.

Her Bankura victory against nine-time CPM lawmaker Basudev Acharya was unexpected and reason enough for Mamata Banerjee to field her against a formidable opponent, Babul Supriyo. Her margin of victory in 2014 was about a lakh.

Babul Supriyo had won in 2014 from Asansol by a margin of 60,000 votes, defeating a strong Trinamool opponent, Dola Sen.

The daughter of legendary actor Suchitra Sen, Moon Moon Sen married into the royal family in Tripura before she launched her film career.

She debuted in politics a short while after her mother's death in January 2014.

On her campaign trail, she had said her political journey began for her late mother Suchitra Sen, a legendary Bengali actress. "How could I say no to her when she asked me to stand from Bankura," Moon Moon Sen had said back then, which led to her critics accusing her of exploiting her famous mother's large fan following for votes.

The mother of two young daughters, both in films, Moon Moon Sen is familiar with controversy because of her unfiltered comments. The day voting took place in Asansol under the shadow of violence, she told NDTV: "They gave me my bed tea very late so I woke up very late. I really don't know..." She was skewered, but a few found the honesty refreshing in a world where appearances and political correctness is everything.

Moon Moon Sen studied in Loreto Convent, Shillong, and Loreto House, Kolkata. In Oxford, her classmate was cricketer-turned-Pakistan Prime Minister Imran Khan. She completed her Masters in Comparative Literature from Jadavpur University, and learned painting from Jamini Roy, one of India's greatest artists.

She taught English in a boy's school for a while and also took lessons in graphics at a film school. A cookbook in Bengali is also expected soon.