Arvind Panagariya: A Free-Market Economist and Supporter of Gujarat Model 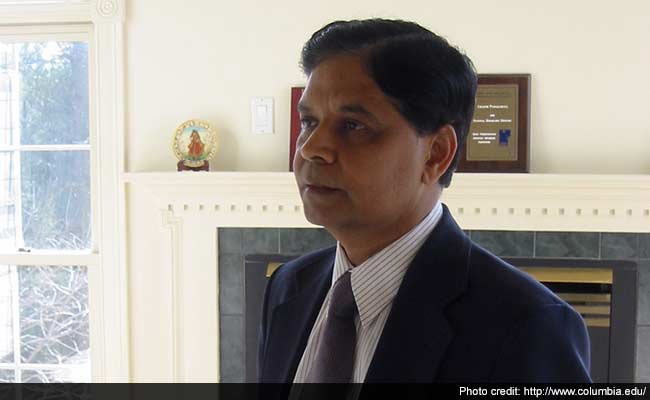 New Delhi: Free-market economist and Columbia University professor Arvind Panagariya, who today became the first Vice-Chairman of the newly formed NITI Aayog, has been one of the most vocal supporters of 'Gujarat model of growth'.

A renowned Indian-American economist, 62-year old Mr Panagariya is known for his market-friendly views and is a close associate of well-known trade economist Jagdish Bhagwati. The two have often challenged Nobel laureate Amartya Sen to an open debate on Indian economy.

Much before Prime Minister Narendra Modi came to the national scene, Mr Panagariya has been voicing his support for the economic policies of the former Gujarat Chief Minister during his tenure in the state.

Mr Panagariya and Mr Bhagwati, in a book co-authored by them and named India's Trust with Destiny: Debunking Myths that Undermine Progress and Addressing New Challenges', used 'Gujarat Model' as a metaphor for development primarily driven by growth and private entrepreneurship.

On the other hand, they used 'Kerala Model' as a metaphor for primarily redistribution and state-driven development.

During the last Lok Sabha elections in 2014, Modi's 'Gujarat Model' was one of the main poll planks of his party. Sen, at the same time, has said that India should invest more in social infrastructure to boost productivity of its people for growth.

Mr Panagariya, who holds a PhD from the US-based Princeton University, has also been a proponent of increased capital spending to boost growth, while he has also previously advocated relaxing fiscal deficit targets.

The economic professor has also worked for the World Bank, International Monetary Fund, World Trade Organization, and the United Nations Conference on Trade and Development (UNCTAD) in various capacities.

Promoted
Listen to the latest songs, only on JioSaavn.com
Mr Panagariya did his graduation from Rajasthan University and has authored over 15 books, including, Why Growth Matters, (with Jagdish Bhagwati). The government had earlier honored Mr Panagariya with Padma Bhushan.

An advisor to Vasundhra Raje government in Rajasthan, he was seen as a big supporter of the state's labour reforms.