Anthony Bourdain's 2001 memoir "Kitchen Confidential: Adventures in the Culinary Underbelly" was translated into 15 languages and transformed him into a public name and soon a public face. 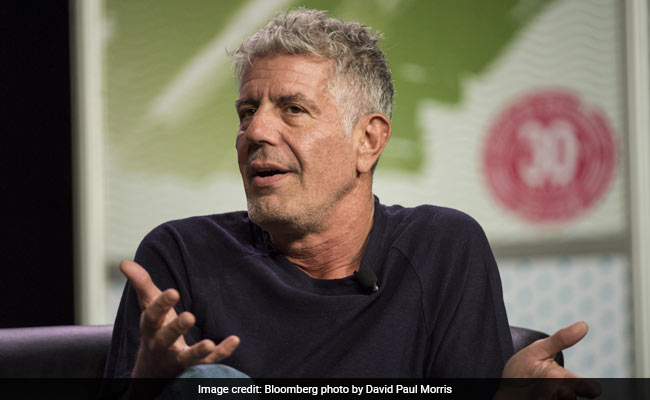 Food, Anthony Bourdain liked to say in his rough voice, "does lead to sex, and it should" (Bloomberg)

Anthony Bourdain, the American-born celebrity chef and roguish culinary adventurer, was found dead Friday in a hotel in France at age 61. He was in Strasbourg filming a segment for the globetrotting CNN food and cultural-exploration program "Parts Unknown," and the network said it was an apparent suicide.

As professionally talented as he was personally troubled, Bourdain struggled for years with drug addiction but also graduated from the Culinary Institute of America, worked in some of the finest restaurants in New York and wrote best-selling exposes that lifted the lid on abusive behavior in even the most elite kitchens. His brooding swagger brought him unlikely TV stardom.

His 2001 memoir "Kitchen Confidential: Adventures in the Culinary Underbelly" was translated into 15 languages and transformed him into a public name and soon a public face. He became a Travel Channel personalty, where his show "No Reservations" displayed his fondness for scatological wit and extreme situations, usually sampling street delights that writhed, wiggled and otherwise would be banned from sight at a Whole Foods store.

He exuded bad-boy charisma with his sinewy physique, cocky gait and heavy-lidded, full-on embrace of anything that he had never seen or done before. Food, he liked to say in his rough-hewn voice, "does lead to sex, and it should."

He was raw in his displays of consumption, avidly touting his indulgences the night before. "Maybe I shouldn't have drunk so much absinthe," he confided in one episode, far from the polished, fawning, blowdried hosts of morning TV talk shows who squeak with glee over cooking demonstrations involving rosemary-infused this, and basil-infused that.

The oldest of two sons, Anthony Bourdain was born in New York City on June 25, 1956, and grew up in Leonia, New Jersey. His father was a Columbia Records executive, and his mother was an editor at the New York Times.

His first memory of a life-altering meal was a summer trip to France, his father's birthplace, where he was startled to find more than hamburgers and peanut butter and jelly sandwiches on the menu. The first time he sampled an oyster, he told USA Today, he experienced a primal sensation.

Promoted
Listen to the latest songs, only on JioSaavn.com
"Viscerally, instinctively, spiritually - even in some small . . . way, sexually--and there was no turning back," he said. "My life as a cook, and as a chef, had begun. Food had power. It could inspire, astonish, shock, excite, delight and impress. It had the power to please me ... and others."