Why And How Brexit Happened. And Why Cameron Can't Stay On.

It would be difficult to imagine a more vital decision - or a more fragile margin of victory. By a few hundred thousand votes out of more than thirty-million cast, Britain has decided to turn its back on the European Union, the most successful supranational organisation in the modern world.

But this is a rebellion against the political mainstream. The referendum's outcome marks a people's revolt - a kick in the teeth to the country's establishment, who are seen as having lost the moral authority to lead.

Of all the political parties represented in the House of Commons, only two - with just seven MPs between them - formally support withdrawal from the European Union. The governing Conservatives have no official policy and have long been divided on Europe - but most ministers and Conservative MPs backed David Cameron, their party leader and Prime Minister, in arguing for a 'Remain' vote.

Yet the nation has ignored the advice of its top politicians, of most political parties, of most business leaders and of most trade union leaders - and called time on Britain's membership of the EU. 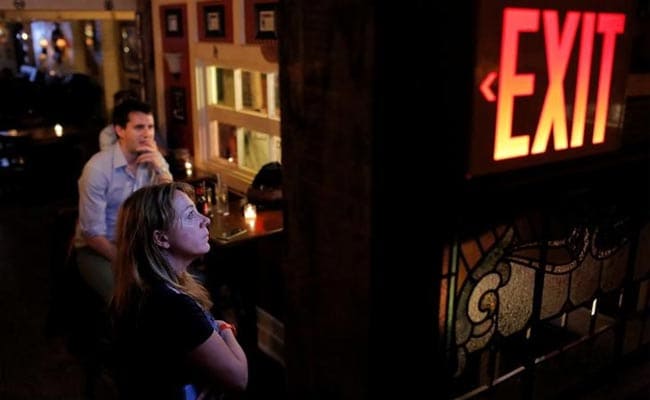 People gather around a television in a British themed bar in New York, as the BBC announces that Britain has voted to leave the European Union (Reuters)

The last few weeks have been ugly and ill-tempered. "The most divisive, vile and unpleasant political campaign in living memory", in the judgement of the pro-Remain newspaper, the Daily Mirror.

The result reveals a country deeply divided: London and Scotland have voted strongly to stay in the European Union; so too, though less emphatically, have some of the larger cities; but the smaller industrial towns, the market towns, the suburbs, the countryside, both left - and right-leaning areas, have rallied to the 'Leave' campaign's call for Britain to "take back control" from Brussels. There's also a sharp generational divide. The young, and particularly students and graduates, largely supported staying in; the elderly were much more inclined to vote 'Leave'.

The political establishment failed to make much of a positive case for remaining in the European Union. Instead there were repeated, and exaggerated, warnings of the risks of a "leap in the dark": the prospect of economic recession...a greater danger of conflict and terror attacks ...the loss of export markets...a smaller voice on the world stage.

For many voters, that didn't seem to matter. They felt that the European Union was remote, arrogant and unaccountable. They were angered by the EU's insistence on the free movement of labour, which means that Britain cannot control migration from poorer member countries. They were aggrieved that the tens of thousands of EU nationals coming to the UK to work were putting pressure on public services and pushing down wage levels. 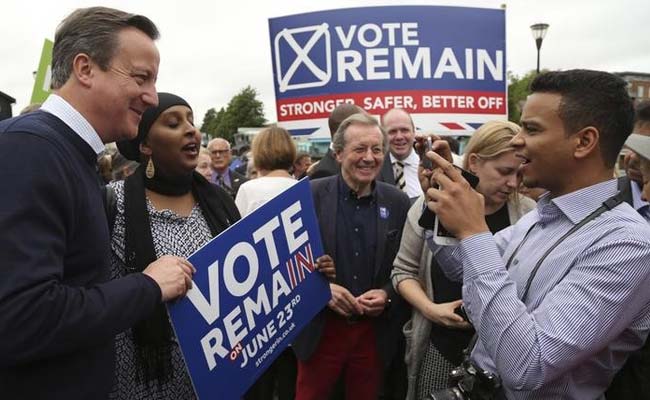 When the leaders of the 'Leave' campaign - populist politicians such as the Conservatives' Boris Johnson and the UK Independence Party's Nigel Farage - called for voting day to become Britain's 'independence day', that struck a chord among those resentful about the way their country is changing.

Concern about the scale and impact of immigration was the biggest single factor in the outcome. But it also fed on a sentiment among those whose standard of living has been slipping that they have been forgotten about. The government's austerity policies introduced in response to the 2008 financial crisis has hit these people the hardest - yet they see the bankers and traders who bore some responsibility for that calamity continuing to pay themselves huge salaries.

It's difficult to see how David Cameron can now remain as Prime Minister for all that much longer. There was no constitutional need to call a referendum. He did so to seek to marginalise the Euro sceptic minority within his own Parliamentary party and to stave off the encroachment from the right of the anti-Europe UK Independence Party. He was confident that the country would vote resoundingly to remain in Europe. He had been proven calamitously wrong.

Mr Cameron's political authority has all but evaporated. Critics question whether he can now credibly take the lead in negotiating Britain's disengagement from Europe when he campaigned so fervently against withdrawal.

In one respect, the Prime Minister has been shown to be right. The collapse of the Pound as the result of the referendum became clear has demonstrated the financial perils of isolation from the EU. 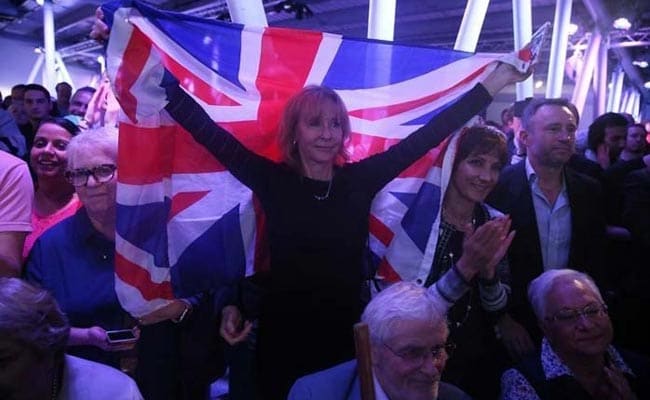 Britain's exit from Europe will stoke fears that the country will become more inward looking and less welcoming both to new migrants and to the ethnic minority communities who have made the country their home. But it would wrong to imagine that most 'Brexit' supporters are closet racists. Plenty of voters of South Asian heritage supported the Leave campaign - among them Priti Patel, the Conservatives' Employment Minister and the most senior politician of Indian origin in the government.

The uncoupling from the European Union will take time - two years at least and perhaps much longer. EU leaders have said they will do no favours to a departing Britain. They want to stem the rising tide of Euro-scepticism in other member countries. But now that Britain is on course for exit, it may be in everyone's interest to have a smooth and amicable divorce. The Leave campaigners are keen on continued tariff-free access to the European market - it's the political aspect of the European Union they object to.

The greater uncertainty is the realignment in British politics which this surprise referendum result is likely to usher in. Scotland may well decide that remaining in the EU is more important than its union with England. London may have to devolve decision-making to the English regions, which resent the capital's affluence and near stranglehold on political power. And politicians will have to start listening to the people they represent rather than lecturing at them.

(Andrew Whitehead, a former BBC Delhi correspondent, is an honorary professor at the University of Nottingham and at Queen Mary, University of London.)