What To Make Of Amit Shah's Warning After Nuns' Harassment

The ABVP young men who alerted the railway police about the "crime" they were witnessing as their train, the Utkal Express, was speeding along clearly thought they were doing a patriotic duty. When, as a result, two nuns from Kerala plus the two trainees accompanying them were taken off the train at Jhansi, the ABVP vigilantes may have reminded themselves of the heroism of that city's Rani Laxmibai. Perhaps they even felt glad that in their own small way they had emulated her.

That was on Friday, March 19. Three or four days later, Naeem Khan Mansuri, superintendent of Railway Police at Jhansi station, declared in a clear statement that careful investigation ruled out any "crime" of "conversion". Proof was found, Mansuri said, that the trainee-companions with whom the nuns had been talking were Christians from birth. All four women, he added, were put on another train for their destination, Rourkela. Mansuri also informed us that the ABVP men who alerted the police (apparently by dialing an emergency number) were returning from a camp in Rishikesh, where the Utkal Express had commenced its run.

On his part, Home Minister Amit Shah has declared that the harassment of the four Kerala women will attract the law of the land. For this statement we have to thank the current election season, and the BJP's eagerness for a slice of Kerala's significant Christian vote. At other times, incidents like this are ignored by the country's leadership. Whether action will follow Shah's comment is of course a wholly different matter. 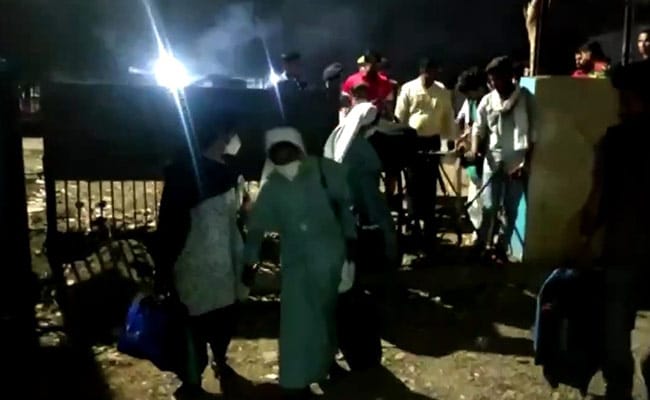 Home Minister Amit Shah has declared that the harassment of the four Kerala women will attract the law of the land.

Other questions may be even more important. How constructive are laws such as the one against religious conversion by allurement? Is "fraudulent conversion" really one of our country's most pressing problems? How healthy is a climate where idealistic young men like the ABVP members returning from a training camp turn their minds not to Covid, not to India's hungry, jobless, neglected, or oppressed, but to alleged designs to make Christians or Muslims out of supposedly gullible young Hindus?

If X alleges that Y is fraudulently converting Z, then Y and Z must get off the train and prove that any conversion was authentic and legal. X does not have to prove his charge. How fair is that?

Does it behove a great majority community to nurse the sort of victim complex that a beleaguered minority might harbour? I wish I could meet these ABVP members or activists. I want to say to them that this is a time for trust in our compatriots, not for suspicion.

To the young men who dialled the emergency number because they imagined that a criminal activity was taking place, I say: "You should apologize to the four women from Kerala for the trouble, delay and humiliation caused to them by your suspicion and action."

"Instead of suspecting them, you could have sought permission to join their conversation on the Utkal Express. Introducing yourselves, you could even have asked, 'If you don't mind, can you tell us what you are discussing?' They might have told you, and it probably would have been not only harmless but interesting too."

Everyone knows that it is entirely normal on Indian train journeys to converse with strangers, who quickly lose their strangeness and start adding to our knowledge. What a chance the ABVP members lost to get to know something about Kerala from the four women! As also the chance to tell them about the BJP and its plans for Kerala. The women and their relatives might even have been influenced in the BJP's favour for the elections.

On the Indian ground, everyone, whether a Hindu, Muslim, Christian, Sikh or whatever, has mundane things to worry about, including education, health and a job. But young Hindu activists have been brainwashed about alleged designs of conversion by Christians and Muslims. They've been conditioned to see Muslims and Christian compatriots not as partners in a great enterprise, but as open or secret enemies, and encouraged to spy patriotically on them.

To the vigilantes, a conversation in a train compartment among four women connected to one another almost like family members becomes an exercise in illegal conversion. The women must be reported, de-boarded, detained, and examined. If they are cleared, if their conversation is passed, they may be allowed to complete their travel.

Explain your conversation. Justify your journey. Hurled by the many on some, by the strong on the weak, this is the demand. A demand made in the name of the nation and the state. In the instant case, the women were travelling from Hazrat Nizamuddin station to Rourkela. But the demand can be made, is being made, on different kinds of journeys in several parts of beloved sad India.