A strapping youth walks into my office. I know him from one of my classes. He's gifted at Mathematics, has a talent for argument and a love of heavy metal music. Satpal (name changed) also has caring friends who have contacted the Dean of Students, his parents, me. They've noticed a change in his behavior. "He's disconnected, ma'am", they tell me simply.

Satpal himself is far more articulate and his words have stayed with me. "Those pearls around your neck," he says, "they're on a thread, right? All together. Imagine the string broken, the beads scattered on the floor. That's how my mind feels." Although what Satpal is suffering from is not simple depression, his metaphor is illustrative of how skilled students are today at describing their own symptoms.

The youth of this country are, in effect, sending our planners and politicians a strong message. But is anyone listening?

Even if we limit ourselves to a brief roster of some 2016 deaths alone, there seems to be real cause for alarm. In January, Rohith Vemula's on-campus protest suicide at Hyderabad, accompanied by an extremely eloquent note explaining the causes of his angst, constituted the proverbial "wake-up call". Later in the year, on June 1, a quiet, former student of IIT Kharagpur, Mainak Sarkar, did the unthinkable: he murdered his wife at home in America and then drove several thousand miles to shoot his PhD supervisor in  Los Angeles. He followed these shocking acts by turned his handgun on himself in a final gesture of silencing. 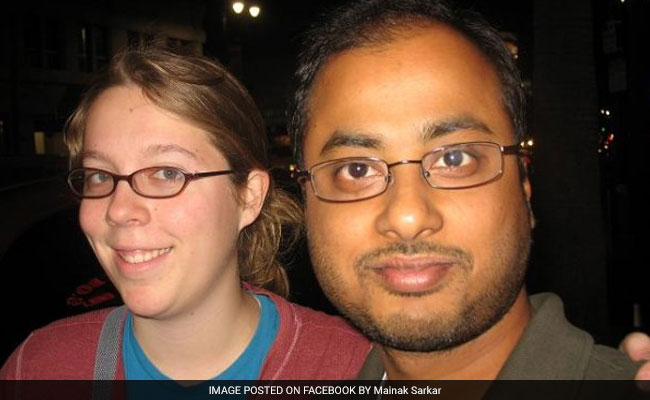 Last week, at IIT Madras, two women took their own lives on campus, one of them a student.

How do we read the connections between these varieties of tragic on-campus Indian suicides? Is there, in Satpal's words, a "string" that links them - or not? Of course, the circumstances were diverse and we must be careful not to homogenize differences of gender, class, caste, geography and a myriad other factors. Each death is as individual as the life that it ends. That said, we must take cognizance of some pretty alarming nationwide statistics, especially given our uniquely populous young demographic.

In 2011, WHO declared India the "most depressed country" in the world. Their case is convincing and blows many myths. Contrary to expectations, for example, "advanced" nations like the Netherlands and the US have rates of depression that, at 30% of the general population, are almost double those in "developing" countries like China where it is about 12%.

India, however, bucks the emotional trend as it does the economic one. In this respect, India appears more like a developed country than a developing one. A conundrum. But the resolution to this odd, oppressive puzzle may well lie, prima facie, in actually linking these twin factors of an economic "high" and emotional "lows".

It's as plain as pickle is spicy to even the most casual of culture-tasters that Indian society as a whole is undergoing unusually rapid social change in these tumultuous first decades of the 21st century. Large-scale urbanization is now juxtaposed in our social experience against a distressing landscape of rural desertion and farmer suicides; we are everyday witnesses to the powerful centrifugal forces of regionalism pulling away from any simple centripetal narrative of nationalism; and, simultaneously, we find Constitution-backed reiterations of gender, caste and religious entitlements being wholly undermined by mounting evidence of real-life mob-rule and medieval-sounding diktats from community "leaders". 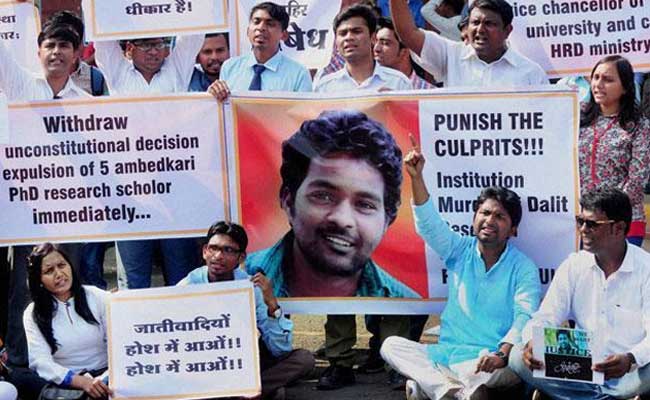 Most of all, media rules. Images of devastating violence, including barbaric beheadings and BMW mow-downs, regularly appear onscreen cheek-by-jowl with titillating visions of glamorous life-styles and magic celebrity status. Facebook has become the new stage for the performance of life and death sagas.

In all, we seem to have a classic death-wish scenario here, where those delicate supple strings that have long held the marvelously composite civilization of this subcontinent together are stretched so taut that they are in danger of snapping.

Can we really expect our population, many of whom have come of age only in the last couple of decades, to be blithely immune to these enormous stresses, both virtual and lived, local and cosmo?

These are generations in the 15-45 age-range. All the campus suicides I mentioned earlier fall in this category. Statistics tell us that, in 2012, 68% of all suicides in India occurred in the combined age-groups 15-29 and 30-44. That is, there were about 46,000 or 34% suicides in each bracket, amounting to 92,000 or almost a lakh. Moreover, over 80% of these suicides were literate. This is cause enough for alarm but it still does not take into account another worrying set of figures that relates directly to the recent IIT Madras suicides, one by a research scholar, the other by the wife of a faculty member.

Severe depression is held to be a fairly reliable predictor of suicide and the rate of depression among Indian women, able and educated, is steadily rising. In quite a few cases, including at IIT Madras, there are children left behind who are also sometimes "at risk" as a result. Women are at the heart of family, of an emotional economy. If this half of our adult population is becoming increasingly vulnerable, and we cannot get to them effectively even on sites as protected as premier university campuses, we should be very concerned indeed. A 2015 study by three women in the "Indian Journal of Psychiatry" underlines this exact point when it quotes from the WHO report, stating that "the burden of depression is 50% higher for females than males."

How do we as a society relieve this 'burden of depression", especially among women whose main causes of depression in India still stem from family pressures and social stigma, howsoever educated they are? I'm one of those old-fashioned optimists who believe that we can - and must - tackle this hydra-headed monster directly. If we look away, we are doomed. If we look within, however, we have a chance of winning against the odds. This is because the precise complexities of subcontinental social relations have long bred courage, resilience and empathy for others. No one embodies these sophisticated virtues better than the average Indian woman. That is why we need to ensure her well-being. She is the best insurance we have against the present death-wish plaguing this country, literally from Kashmir (reported to have terribly high rates of depression and hopelessness) to Kanyakumari (located in a state with one of the highest rates of depression in India).

Over the years, various people have drawn attention to this lethal combo of aspiration and excitement, alienation and despair that signals danger among India's young. Chetan Bhagat profiles the suicide route in his telling short story "Cut Off". Likewise, suicide was an explicit theme in my book 'Technobrat', written with my IIT students nearly 20 years ago. The magazine 'Week' also devoted a whole issue to "Depression" as long ago as the year 2000 where it profiled the models Madhu Sapre and Manpreet Brar's struggles with depression. I have since returned to these matters in my NDTV columns and elsewhere as have others whose opinions are weightier. But "the authorities" appear unmoved. Wherefore all the fuss? After all, India's current death rate is very respectable: just one per person.

(Critical theorist and writer Rukmini Bhaya Nair is a professor at IIT Delhi. She is the author of several academic books.)

Disclaimer: The opinions expressed within this article are the personal opinions of the author. The facts and opinions appearing in the article do not reflect the views of NDTV and NDTV does not assume any responsibility or liability for the same.
Comments
IITIndian Institutes of TechnologySuicides at IITRukmini Bhaya Nair