How many more lives will it take to put an end to horror killings and violence against young people whose only crime is to fall in love across the Lakshman Rekha drawn by bigoted orthodoxy in the name of caste and now also religion?

The killing of Nagaraju, a young Dalit in Hyderabad, by family members of the Muslim girl who married him out of choice and love has been repeated in Rajkot, Gujarat. Here, a 22-year-old factory worker from Bihar, Mithun Thakur, was beaten to death by the relations of a Muslim girl because they had decided to get married. In Hyderabad, visuals of a distraught Asrin Sultana, desperately trying to save her husband from the blows of the sword wielded by her hate-filled brother, captured the trauma and tragedy of so many young couples. In Rajkot, the young woman, Sumiya, hearing of the killing of her beloved, cut her wrists in an attempted suicide. In Agra, a young woman, Ritika Jain, is imprisoned in a government-run women's home. On April 11, she had eloped with Sajid, after a relationship of five years. Her parents filed a police case of abduction and in spite of Ritika's statement that she married out of choice, she was forcibly brought back to Agra where she repeated her statement before a magistrate. On April 15, a group of men reportedly affiliated to a Hindutva group looted Sajid's modest home and smashed the expensive equipment in the gym he ran as punishment. The couple are still forcibly separated. In Dindori in Madhya Pradesh, a young couple, Asif Khan and Sakshi Sahu, eloped and got married. Her parents filed a report of kidnapping. Even though the girl sent a video message to the authorities stating that she married out of choice, on April 8, property belonging to her husband Asif Khan's family, including a three-storied house and a few shops, were demolished by bulldozers as a warning to Asif Khan to "surrender." He was protected by the intervention of the Principal Court which prevented the police from arresting him. But no compensation has been granted against the illegal act of bulldozing his property. 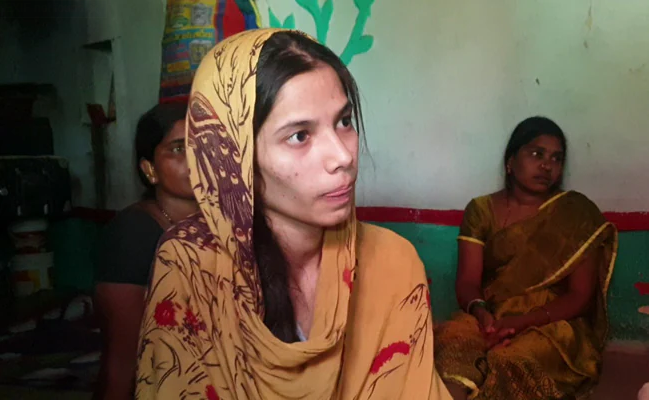 Sulthana's husband was beaten to death with an iron road on a busy road in Hyderabad and a crowd couldn't save him, though she begged for help.

It is true that horror killings and violence against self-choice marriages in the name of saving "honour" have been occurring frequently over the last several decades. They came into prominence when women's organisations like the All India Democratic Women's Association started challenging the Khap Panchayats of Haryana who were notorious for regressive calls and actions where caste barriers were broken and when a Dalit boy and an upper caste girl married. There have been numerous instances where the boy was killed or brutalized and where the girl's own family killed her for destroying their "honour" by marrying a so-called lower caste boy. In other cases, couples who married in the same "gotra" faced multiple kinds of harassment including being forced out of their village. The caste system and patriarchy allied together to destroy young lives.

In the last decade or so, instead of decreasing, such cases have spread even to a state known for social reform and anti-caste traditions like Tamil Nadu. In 2019, an NGO reported as many as 195 cases of "honour" killings in five years. The National Crime Research Bureau reported a totally underestimated 25 such killings in the same year for the whole country. The gap between official figures and the reality is because in spite of the frequency of such crimes, India does not have a law which defines "honour" crimes. Instead, they are recorded as "murders" but the specific social nature of the crime, and the complicity or direct responsibility of a wider caste-based social circle, goes unpunished. In spite of directions in several judgements that the government should have a special law against "honour" crimes, nothing has been done. A law drafted in 2011, based on the Law Commission's recommendations, was never followed up by successive governments under pressure from regressive casteist lobbies.

After 2014, when the BJP formed the government at the centre and many states, a political framework and policies geared to building an overarching religious-based Hindu identity took centre stage; caste-based "honour" killings are underplayed by official agencies and ruling party leaders. If a Dalit boy is killed, or an upper caste girl is lynched, there is no reaction from the Hindutva forces. Their focus has shifted to targeting marriages across religions. An aggressive political offensive in the campaign against "love jihad" by the BJP and affiliates of the Sangh Parivar has been followed in at least eight BJP-ruled states by the adoption of draconian provision of anti-conversion laws and as applied to marriages assumed to be based on the forcible conversion of Hindu girls to Islam by their Muslim husbands. The most recent is the utterly vicious authoritarian ordinance adopted by the Karnataka government.

These laws provide the pretext for the police in BJP-ruled states to punish young couples like Asif and Sakshi or Ritika and Sajid. This is the pattern in most cases where the boy is a Muslim and the girl a Hindu. In cases where the police do not act because of undeniable evidence of the girl's consent, the baying gangs of saffron-scarved men often make life impossible for the couple, meting out their own versions of violent punishment such as they did in Agra. They are rarely arrested; often, they are hailed as heroes for saving the "honour" of the community. If, on the other hand, parents of a Muslim girl complain of her marriage to a Hindu boy, you will rarely see the police act in BJP-ruled states.

When ruling regimes promote cultures which convert a woman's being - her body, her heart, her mind, into sites to play out toxic politics of communal hate, it unleashes the most regressive social forces across communities. The destruction of young lives is the consequence. The dreadful violence in both the Hyderabad and Rajkot cases, where the Muslim relatives of the girls brutally killed two young Hindu men, is the bloody and ghastly reverse of the Sangh Parivar slogan of "love jihad". Where will this end? Whether it is Ritika or Asrin, Sajid or Nagaraju, they are all victims of these cultures. This too is a kind of bulldozer against the constitutional and democratic right to freedom of choice in marriage, sexual relations and ways of life. We need to stand up against this bulldozer.

Opinion: Congress Skips A Reset, Goes For Housekeeping Instead