Yogi Adityanath's Big Draw - Even Nitish's Candidates Seek Him Out

Among the factors that truly frustrate critics and opponents of Prime Minister Narendra Modi is his "Teflon coating" - there seem to be no consequences on his popularity of decisions that prove questionable, or even wildly flawed.

In this, he now has a compatriot- saffron superstar Yogi Adityanath, Chief Minister of Uttar Pradesh. Despite the scale of the Hathras tragedy - a young Dalit woman was raped and murdered, allegedly by four upper caste men - it is 48-year-old Adityanath who has been rostered as the sole Chief Minister to campaign for the BJP in Bihar.

This is not the first time that Adityanath has been cooped to draw crowds and presumably their votes at rallies for the BJP. But public anger over his administration's handling of the gang rape in Hathras was so palpable that a lesser leader might have been forced into keeping a low-profile outside his state for a bit. 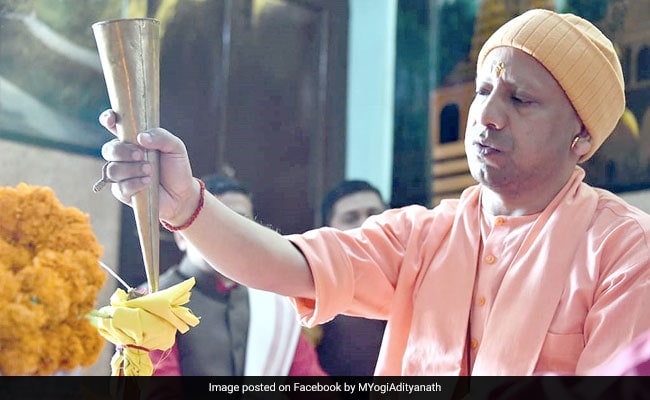 Not Yogi. Before Bihar begins voting on October 28, he will address nearly 20 rallies, all in person. The PM will travel to Bihar for 12 election gatherings. Amit Shah will hold 15. Today, Yogi will address 3 rallies in Bihar.

This is not my endorsement of Adityanath, as many social media "activists" will like to conclude which in turn will see me getting either props or abuse from them. But the unclouded fact is this is - the Chief Minister is so much in demand that candidates of not just his party, but those of its ally, the Janata Dal United or JDU are requesting that he visit their constituencies.

"This is a tough election," a candidate from the JDU told me. "The anger of the migrants is huge. If we get Modi or Yogi to address meetings, people could make allowances that we have a good power connect with such big and powerful leaders."

The candidate is silent about his party boss, Chief Minister Nitish Kumar, who is up for a fourth term. Beneath the surface of this election - described by so many as utterly one-sided in favour of the BJP - are roiling concerns that Nitish Kumar is facing the worst anti-incumbency wave yet in his career and that it is the BJP who will serve as the tugboat in getting him to shore.

It is a combination of what came across as a callous and distant approach towards the lakh of migrants who were desperate to return home to Bihar when the lockdown began along with a dissolute Covid management strategy that seems to have tamped down the appeal of Nitish Kumar.

Yogi's power patch is Gorakhpur in Eastern Uttar Pradesh, which he has represented five times in parliament and where he is the head priest of the Gorakhnath math, an important and influential sect. There has always been a huge connection between eastern UP and Bihar with shared cultural mores, so Yogi has huge appeal for this particular part of Bihar. But he is in fact criss-crossing the state, a development that is interesting by-product of this Bihar election.

This is why. Yogi has a familiar pitch for his speeches - he first talks about the Ram Mandir and its construction in Ayodhya after a decades-long court case. He praises Modi for solving this "toughest puzzle", then goes on to express unrestrained machismo on the repeal of Article 370 in Kashmir and says he and Modi have resolved the most contentious issues. "Hum jo kehte hain woh karte hain (we do what what we promise)" he says, making it clear that when it comes to effective leadership and tough talk, he twins with the PM. 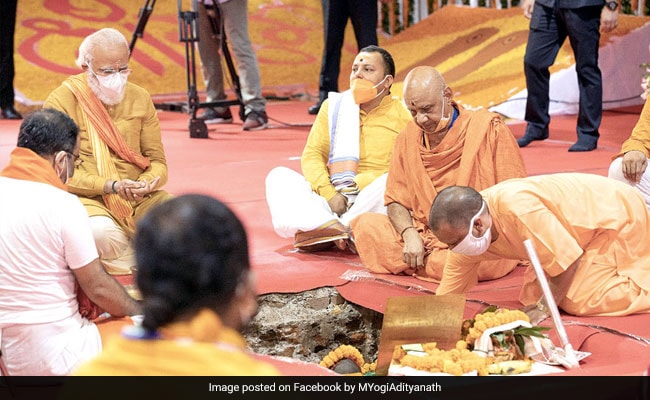 Yogi has also mended all his fences with the RSS - the mothership of the Sangh Parivaar - a reconciliation greatly aided by the ceremony that saw the first bricks being laid for the Ram Mandir in Ayodhya in August.

For a while, the RSS was unnerved by Adityanath's building of his Hindu Yuva Vahini, a cadre-based organization that recruited local youth and rewarded them with disproportionate influence which was often exerted with violence by members. The popularity of the "Yogi army" clashed with that of the RSS in and around Gorakhpur with each side inherently believing itself to be the real defender and promoter of Hindutva.

But since then, Adityanath has more than come through on matters that the RSS wanted urgently addressed. His crackdown on "love jihad" and his ban on slaughterhouses, for example. These are not schemes that Adityanath had to warm to - his dream job of Chief Minister was tied to his aspiration to enforce these policies with naked commitment to their causes.

The RSS is also smitten by the appeal of Yogi to the core Hindutva voter with his unapologetic take-no-prisoners approach to Hindus first (critics say it's a case of Hindus-only). A social media campaign with the hashtag YogiRoxx is now running which speaks of Yogi as Modi's natural Hindutva heir.

Most importantly for the RSS, which is looking with laser-like focus on political gains, Yogi is key to winning Uttar Pradesh in two years when the state will choose its next government. The Sangh knows that Yogi's star power and appeal has to be nurtured and projected as ever-growing so that by the time UP gets ready to vote, there's really only one choice. As he reaches out to voters in Bihar, the campaign there helps to build up Yogi more. That's not just a happy coincidence. For either him or the RSS.

I Invented The Rubik's Cube. It Can Teach Us About Facing Problems Like Covid.