Opinion: PM's Strategy In Gujarat - Avoid Any Reference To AAP

As part of the NDTV's election yatra in Gujarat, we have been travelling to various parts of the state. One of our halts was at the crucial south Gujarat city of Surat.

This is the place which delivered for the Bharatiya Janata party (BJP) even when its performance hit rock bottom in the 2017 state polls.

This time around, the big difference is the entry of the Aam Aadmi Party (AAP) in the Gujarat poll arena. But it appears that in its election campaign, the BJP wants to skip any mention of this new entrant.

From Prime Minister Narendra Modi mentioning last month that the Congress must not be considered a weak opponent, to Home Minister Amit Shah saying a contest in Gujarat is primarily between the Congress, the ruling party has only sharpened its tactic to ignore the Arvind Kejriwal-led party. 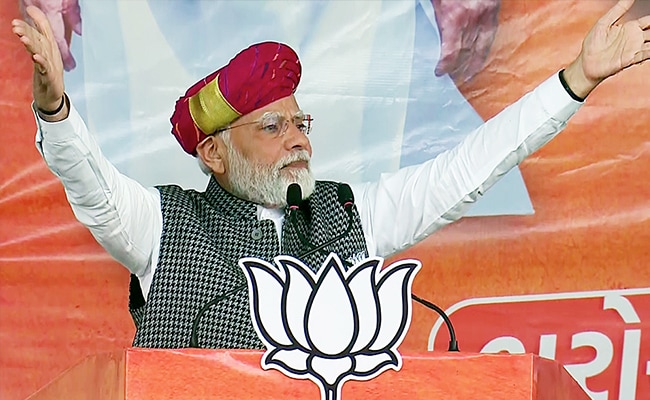 We attended a rally of the Prime Minister in Navsari, about an hour's drive from Surat. About 80 per cent of his speech focused on his own government and its performance.

The Prime Minister has served as Gujarat's chief minister for three terms, so it is needless to say that his speech was less off the tele-prompter and more from personal experience.

He mentioned various schemes launched during his tenure as chief minister and how they later found a place at the central level.

The Prime Minister's political attack was targeted at the Congress, accusing the grand old party of failure to look beyond dynastic politics. He hit out at Congress leader Madhusudan Mistry's recent "aukaat" jab and went on to list personal remarks made by top Congress leaders against him, including "Maut ka saudagar" -- by Sonia Gandhi -- and "neech aadmi" and "chaiwala" -- by Mani Shankar Aiyar. 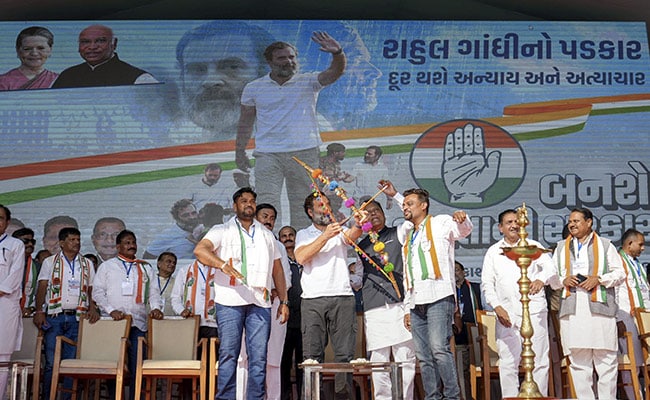 Commenting on the Congress manifesto that promises to rename the Narendra Modi Stadium in Ahmedabad to Sardar Patel Stadium, Mr Mistry recently said the move will "show Modi his aukaat (place)".

The senior Congress leader's comment, coupled with the earlier remarks by Congress leaders, provided the Prime Minister the perfect opportunity to target the Opposition party that is desperately trying to put up a tough fight against the BJP.

But in his speeches on Monday, the mention of AAP was negligible. In Navsari, the Prime Minister just said, "Do not let people coming from Delhi fool you." The remark appeared to be a barb at the AAP but the Prime Minister did not take names.

Later that evening, we spoke to supporters of the BJP and asked them about the prospects of the Kejriwal-led party. They responded dismissively: "Who Kejriwal?"

South Gujarat is important for the BJP as it tries to tide over anti-incumbency to retain its grip over the state. The region accounts for 35 out of the 182 seats in the Assembly.

Although the BJP returned to power in the 2017 election, its poll show was disappointing. But this region was the silver lining, as the party recorded over a 90% strike rate here.

This time, the Congress has started its campaign here late, with star faces hitting the poll trail only now. 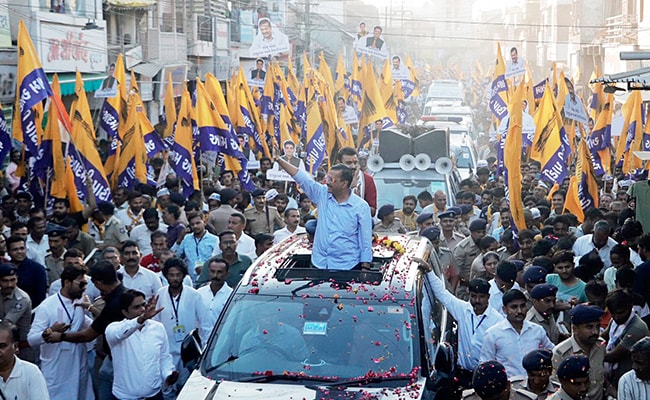 The AAP, however, has gone all out in south Gujarat. The party has planned several rallies by Arvind Kejriwal and state party leader Gopal Italia.

Mr Italia is a prominent face of the anti-BJP Patidar agitation alongside Hardik Patel, who has now moved from the Congress to the BJP.

As Gujarat gears up for the big poll fight, the key question is: will the BJP's tactic to silently write off Arvind Kejriwal prove to be a well calculated strategy or a grave mistake?

Opinion:"Aukaat" Remark Against Modi Is Latest Gift From Congress To PM