Modi's Speech His Best So Far, Now He Must Deliver On "Vishwas"

Perhaps no other speech that Narendra Modi has made since he became Prime Minister in 2014 has been so widely appreciated as the one he delivered at the meeting of the newly elected MPs of the National Democratic Alliance on Saturday in the Central Hall of parliament. It indicated that he wants to change the substance, idiom and image of his second term in office.

Both admirers and critics could see the difference between Campaigner Modi and Captain Modi. After all, he had led the most polarising campaign in the history of parliamentary elections. But having won the renewed mandate, Modi, who will be sworn in as India's PM for a new five-year term on Thursday, has struck a new, distinctly de-polarising tone.

His speech was truly praiseworthy on many counts - above all, on his new outreach to Indian Muslims. What he said on this count - and, more importantly, whether his actions match his fine words - will determine how history will judge the Modi Legacy. 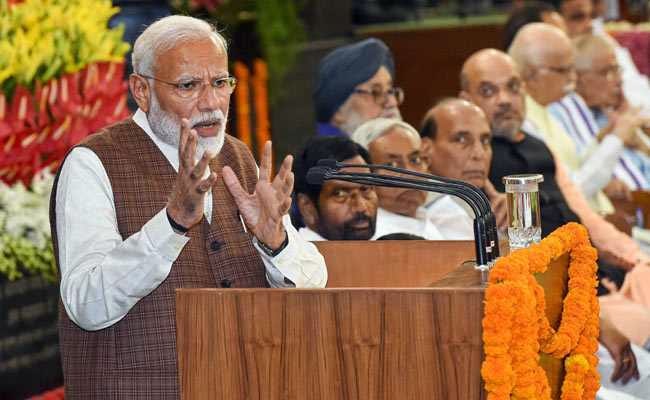 There were two noteworthy points in his message to Muslims. First, he affirmed the need to win the 'vishwas' (trust) of Muslims. "Minorities", he said,"have been deceived in the country through an imaginary fear created for the purpose of votebank politics. Humein is chhal ka vicchched karna hai. Humein vishwas jeetna hai (We have to pierce this deception. We have to gain trust.)" Second, he sought to drill a hole in a deeply-held belief and prejudice in his own ideological fraternity - namely, that Muslims are not "Us", they are the "Other". He said, "Ab hamara koyi paraaya nahinho sakta hai. Jo humein vote dete hain, woh bhi hamare hain; jo hamara ghor virodh karte hain, who bhi hamare hain. (Now we cannot see anyone as an outsider. Those who voted for us are ours. Those who severely oppose us are also ours.)"

Why has Modi undertaken this new and uncharacteristically direct outreach to Muslims? And why now? The second question is easily answered. Now that he has won a bigger and far more emphatic mandate, which is almost entirely a mandate for Modi and not for the BJP, he feels far more self-confident of steering his party and his government in the direction he wants. He does not even feel constrained by the ideological rigidities of the Sangh Parivar in this respect. The Sangh Parivar has to accept his line - and not the other way round. It is worth recalling here that, as Gujarat's three-term Chief Minister, he had tamed the all-powerful Vishwa Hindu Parishad (VHP) and other affiliates of the RSS in the state.

To know the answer to the first question, we should look at the compulsions as well as opportunities before Modi on both domestic and foreign policy fronts. The domestic compulsion is that with the voters' expectations from him having soared sky-high, he has to perform to their satisfaction - especially on the economic front. The economy is not in a good shape. The demand for employment is pressing and widespread. The distress in agriculture remains unmitigated. And even though price rise was not much of an issue in the just-concluded elections, the likelihood of a spurt in oil prices (due to war-like tensions between USA and Iran) could add to the common people's woes. In this situation, Modi understands the critical need for domestic peace, which can be breached by hardliners among his own supporters, making Muslims feel insecure. His words "Ab hamara koyi paraaya nahin ho sakta hai" is clearly directed at them.

The BJP scored 303 seats in the 543-member Lok Sabha in the national election and along with its allies, won a remarkable tally of 353

Modi has also created another compulsion for himself by adding "Sabka Vishwas" (trust of all) to his earlier slogan "Sabka Saath, Sabka Vikas"(together with all, development of all). It is plain as daylight that neither Modi nor his party has so far won the trust of nearly 20 crore Indian Muslims. His newly discovered virtue in "inclusive development" for an "inclusive India" would ring hollow if our country's second-largest religious community feels excluded by the ruling dispensation. In his 'victory speech' at the BJP headquarters on May 23, Modi had rightly stated that even though elections are won on the principle of "Bahumat" (majority), the government can be run and the country can march ahead only on the principle of "Sarvamat" (consensus and cooperation of all). But wouldn't "Sarvamat" become like another "jumla" (empty phrase) if Muslim voices are not heard, and if Muslims are not properly represented in the institutions of power? Modi is already facing scorching questions on this score. Why isn't there a single Muslim among the 303 MPs of the BJP in the new Lok Sabha? This being the case, can the BJP be called a truly national party? Yes, it is almost pan-Indian in terms of its geographical footprint, but is its social footprint pan-Indian?

Modi also has foreign policy compulsions for attempting an outreach to Indian Muslims. Both on account of his own efforts and due to changes in the global situation, India's relations with certain important Muslim nations - Saudi Arabia and United Arab Emirates, in particular - have become stronger in the past few years. Both countries had played a key role in cooling down tensions between India and Pakistan after the terrorist attack on CRPF soldiers at Pulwama. The UAE had even announced its highest civilian honour for Modi when the election process in India had already begun. India's closer cooperation with the Muslim world will be undermined if communal divisions within India become manifest violently.

It is also almost certain that Modi will begin dialogue with Imran Khan for normalising India-Pakistan relations on a wide range of issues. I have heard that he has also opened lines of communication with the military establishment in Islamabad. I strongly hope that he does not fritter away the opportunity of his new mandate and uses it to make a breakthrough in what is undoubtedly the most important foreign policy challenge before India. However, in order to succeed in this difficult task, Modi has to first demonstrate that he has gained the 'vishwas' of not only Hindus, but also of Muslims in India. 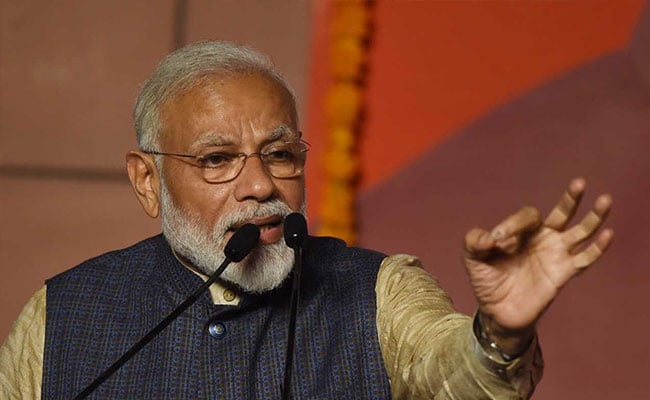 Yes, Modi's outreach to Muslims must be welcomed by all, for it can strengthen India's democracy, development and national integration. However, he and his party would be making a huge mistake if they believe that Muslims' bharosa can be won by words alone - or by simply criticising secular parties for having created a fear psychosis among them. True, anti-BJP parties are guilty of this to some extent, and they have done so to use the 'Muslim votebank' for their electoral benefit. But haven't Modi and the BJP also contributed to the widespread and deeply entrenched fear, sense of disempowerment, alienation and even suppressed anger among Muslims?

Therefore, if Modi is really sincere about beginning his new innings on an inclusive note, he has to introspect on a lot of things. He also has to force the BJP and the Sangh Parivar as a whole to toe his new line. He must proactively invite influential and respected representatives of the Muslim community, including those who have been strongly critical of him, for regular interactions - and also give them a stake in India's democratic power structure at various levels. Instead of simply blaming the Congress and other parties for the deprivation of Muslims in education, employment and equal opportunities in civil service and security forces - a reality starkly highlighted by the Sachar Committee Report - Modi will have to demonstrate with concrete policy and programmatic measures that he is committed to the 'tarakki' (progress) of Muslims. In this regard, I strongly recommend that he read an excellent new book on this subject which I released in Mumbai recently - Denial and Deprivation: Indian Muslims after the Sachar Committee and Rangnath Mishra Commission Reports, authored by Abdur Rahman, a serving IPS officer in Maharashtra.

To sum up, Pradhan Mantri Narendra Modi-ji, I wholeheartedly commend your hope-giving speech at the NDA meet. Now, along with crores of patriotic Indians (non-Muslims as well as Muslims), permit me to urge you: Walk the Talk.